The Answer Is In: She Does Not (Another Interview with Claire and Lilly: Heroine and Sister in An Inconvenient Wife: Plus a Surprise Guest Appearance)

Well, it’s official.  After much brainstorming and feedback I received after the last post, Lilly’s fate has been decided.  She will end up happy at the end of An Inconvenient Wife.

Lilly: Yes, so I’ve been informed.

Ruth: Come on, Lilly.  This is actually good news.  You didn’t want to end up marrying the jerk.  He’s worse than you think.

Lilly: *sighs* It was never about being with the jerk. It was about my book.  I wanted my own book, and thanks to you, this is ruined.

Ruth: I think you have enough time in this book.

Lilly: That’s a matter of opinion.  I’d like to know more about this Characters for Better Treatment Union Dave Larson is trying to start.  I’m not being treated right. 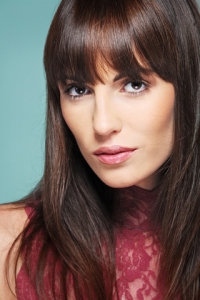 Claire: Stop complaining.  Lilly, this is the only way the book can end.  If it doesn’t, there will be two plot points that won’t be resolved.  If you think about it, the whole book hinges on you making the right decision.

Lilly: Sure, you’d say that.  You’re the main character.  I demand to speak to Dave Larson about his union.

Ruth: Good luck finding him.  No one’s been able to locate him for a couple of weeks.

Claire: That’s really odd, especially since he was so vocal on this blog ever since he found out you were marrying his son off to “that Craftsman girl” (as he put it).

Lilly: That is weird he disappeared like that.  Even though I like his union idea, he was annoying.

Claire: Unlike anyone else I know…

Lilly: Haha.  I’m surprised we get along in An Inconvenient Wife.  Anyway, even if he was annoying, he had some good points.  You’d think since he’s gathering support from Kyala, others, and now me, he’d find a way to show up.

*crickets chirp as we all wait for Dave to show up*

Claire: Okay.  I don’t care much for him, but even I’m a little spooked by the fact that he’s not showing up.  Where could he be?

Ruth: As long as he isn’t bugging me, I don’t care where he is.

Lilly: That’s rather selfish of you.  Just like how you value your so-called “plot points” to the point where you refuse to give me my own book.

Ruth: Oh good grief.  I’m doing what’s best for the book.  The book won’t work any other way.  This book can’t end in a cliffhanger.

Lilly: I knew I should have signed up with a fantasy writer.  Those guys know how to leave cliffhangers at the end of their books.

Mark: All this petty arguing is getting us nowhere.

Lilly: Who are you?

Mark: Mark Tanner.  At least, I think I’m Mark Tanner.  It’s been ages since I’ve been introduced in Suddenly a Bride.  I’m the cool guy who came to Earth from another planet in search of a–

Lilly: Yeah, yeah.  As I recall, this post has nothing to do with you.  Wait until you’re called in for an interview.

Mark: Sour grapes?  I don’t recall there being any fruit mentioned in this post.

Claire: It’s an expression.  Lilly’s just upset because she won’t get her own book.

Mark: Speaking of books, I have a great idea for my book, Runaway Bride, which you’ll start this year, Ruth. (hint, hint).  You see, there I am on the beach when I hear the cry of a woman in distress.  In a moment of heroic–

Lilly: What are you doing on the beach?

Mark: It doesn’t matter.  The point is, I’m on the beach and I rescue Lexie who almost drowns.

Mark: Sure, why not?

Lilly: Because it’s sad.  It’s like going out to eat alone or to the movies alone.  Is your book a tragedy?

Mark: It’s not sad for a guy who walk on the beach alone.  I’m an adult.  I can be by myself at a restaurant and go to a movie alone without feeling sad about it.  I’m comfortable with being alone.

Claire: So why do you want to marry Lexie?

Lilly: Good question.  If you’re so comfortable being alone, why do you want to be with someone at all?

Claire: I hope you find other qualities in her besides her looks.  Otherwise, you’re just as shallow as my sister.

Claire: Don’t worry.  You won’t be shallow for long.  Of course, I can’t say the same thing for Mark.

Mark: I’m not shallow.  I have plenty of depth.  I don’t just want to be with Lexie because she’s gorgeous.  I think she’s a lot of fun to talk to.

Claire: So what does saving her from drowning have to do with anything?

Lilly: I think he suggested that just so he could have a picture up of him carrying Lexie while both of them are in the water.

Claire: Probably because it’s the only decent photo Ruth could find on www.dreamstime.com.

Ruth: It wasn’t the only photo I could find.  Mark, you won’t be saving Lexie from drowning.  She knows how to swim.  If anything, she’d have to save you since you never took the time to learn how to swim.

Mark: And why would I?  On my planet, there were no women.  On Earth, women go to beaches all the time in swimsuits.  That’s incentive enough for a guy to go to the beach.

Claire: Ah, so now we know what you were doing on the beach.  You weren’t going on a walk.

Lilly: *snickers* He was sightseeing.

Mark: Ugg!  You two call Dave Larson annoying, but you’re worse.  If you came from my planet, you would understand the situation, but you’re making judgments on something you know nothing about.

Claire: You’re right.  Bad on us.  You came into our interview–uninvited, might I add–and brought a picture that’s pretty…*clears throat*…sensual.   What else are we supposed to think?

Lilly: Really.  I think I can see her underwear through her dress.

Lilly: I’m pretty sure I can.

Mark: Dave doesn’t need to create the Characters for Better Treatment Union.  He needs to create a Men Against Women Who Nag Union.

Claire: Or Women For the Right to be Fully Dressed in a Picture Union.

Lilly: Are you kidding?  It’s like she’s wearing a slip.

Mark: It’s a white dress.  *groans* Never mind.  You’re both nuts.  I’m so glad you’re far, far away in the Regency period where you can’t bug me in contemporary times.

Claire: Well, that’s what you get for hijacking our blog post.

Mark: *walks away in a huff*

Lilly: He’s probably not that bad of a guy.

Claire: Probably not, but it was rude for him to jump into our interview like that.

Lilly: True.  He didn’t even say excuse me.

Claire: You want to discuss how we’re going to spy on my husband in my book?

Lilly: We have a spy part?

Claire: Of sorts.  I’ll tell you the details over some tea.

6 Responses to The Answer Is In: She Does Not (Another Interview with Claire and Lilly: Heroine and Sister in An Inconvenient Wife: Plus a Surprise Guest Appearance)