Figured Out What I’m Writing Next

It wasn’t an easy decision because I had to choose between six books (not including A Most Unsuitable Husband which was already on the list.  Finally, I sat down today to figure out what books were itching at me to write the most.

Before I get into them, I just want everyone to know that Her Counterfeit Husband and Bound by Honor, Bound by Love are being looked over by another editor.  She doesn’t work as fast as the other one I have, but that is due to the fact that she has a couple of grown autistic sons she has to tend to.  She used to be an English teacher, which is why I think it’s beneficial to wait for her.  I’ve been working with her on and off for over a year.  It depends on how much she has going on in her personal life.  (Or to put it another way, I  write books too fast for her.  :D)

Anyway, it looks like the soonest I might get Her Counterfeit Husband back is Monday.  At the very least, it’ll be halfway done.  Then she’ll look at Bound by Honor, Bound by Love.

So with that quick update aside, here’s what I’ve decided to work on next:

A Most Unsuitable Husband 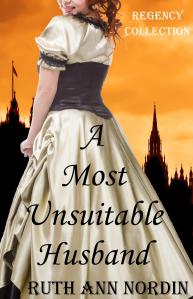 Yep, we all knew about this one, so there’s no surprise.  😀  I managed to pick up where I left off in the story after scanning through it for a “refresher” and to my surprise, our hero (Lord Edon) fainted in front of everyone when he realized his mother managed to corner him into marrying Lady Catherine.  Lady Catherine held up better and didn’t faint, though she felt like slapping Lord Edon for coming up with the lie that got them into the pickle they’re now in.  Who knew Lady Catherine had such passion?  In The Earl’s Inconvenient Wife, she barely said anything.  It just goes to show that you can’t assume anything about a character until you’re in her story.  😉 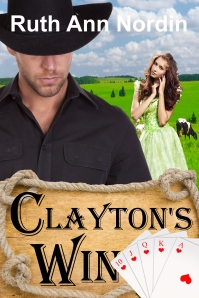 This doesn’t come as a total surprise either, but this one is very iffy.  I’m not sure if I can pull it off.  The story stalled before, and I had to put it on hold since I didn’t know where to go with it once I reached a certain point.  I think I figured out the missing link to connect where I am with where I want to be because I know what Heather’s (the heroine’s) brother is going to do.  He plays an important part of the book.

In the meantime, I have given an update on Emily and Isaac, but the main focus has been on Lizzie (Emily’s younger sister) who will be the heroine in Lizzie’s Gamble.  In other words, I’m setting the stage for that book while also writing this one.  I love to connect characters between books, and Lizzie is turning out to be a lot of fun and a great friend of Heather’s.  I’m also setting the stage for Boaz’s book.  Boaz is Clayton’s brother who lost his wife in childbirth and hasn’t recovered from her death yet.  He’ll end up with one of Dave and Mary’s daughters (not sure which one yet).  Usually, I know which character will end up with someone else before I come up with a suitable plot.  I don’t know why it works that way; it just does.  😀 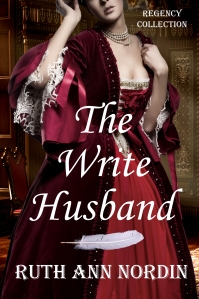 This was the hardest one to decide on, and I admit part of me wanted to write it because I really like the cover.  The color red has always appealed to me at first glance.  That’s why Bid for a Bride is one of my favorite covers, even though it’s simple.

But the other reason I chose this one was because it happens the same time A Most Unsuitable Husband does, and there will be some overlapping between the two books.  It’s easier to do that overlapping if I can work on both at the same time.  While Lord Edon is trying to get his marriage figured out, Agatha (the woman who writes under a man’s name for the Tittletattle on Lord Edon’s behalf) will find herself in her own dilemma when her sister thinks she’s been secretly corresponding with a suitor.  I’ve decided Agatha will be a 21-year-old widow (her husband died the day after their wedding because-to put it bluntly-he was an idiot).

Now Agatha is enjoying her freedom of being on her own to write her books under a man’s name which Lord Edon (Ethan) takes to a publisher on her behalf.  She can’t do this if she’s married, or so she thinks.  So she doesn’t want to be married.  But she will be and who better than Mister Robinson (the mischievous ward who was 17 in The Earl’s Inconvenient Wife) who will be 19 in this book?  Lord Clement will be more than happy to let him marry Agatha even though he’s under 21.  I’m not sure of the details yet, but I expect a lot of humor will be involved.

So while Ethan is getting adjusted to being married to Catherine, Agatha will be finding herself married (despite her big plans not to) to Christopher Robinson.  Since Ethan and Agatha have been working back and forth with the Tittletattle and her books in secret, the two books work pretty much as a set, but both stories would be too long to put into one book and I don’t want to share the spotlight between the two couples.  So each one gets their own book.  😀

4 Responses to Figured Out What I’m Writing Next