Inspiration for the Book: Catherine As She Is Featured in The Earl’s Inconvenient Wife

Yesterday, I posted the scene where Lord Roderick (aka Nate) met Lady Catherine, the Duke of Rumsey’s daughter.  The impression I hoped you received of her was that she wasn’t overly attractive and she didn’t have much of a personality.  This is how Nate (and others) had a tendency to see her.  What I love doing is presenting a character in one book who seems to be one way but is truly another.

In real life, I think people have a tendency to see us a certain way.  Now, this is most likely that different people see us differently.  And that reason for that is because we wear different hats.  For example, I am a wife, a mother, a sister, a writer, a neighbor, a friend, etc.   We are not the same person to all people. 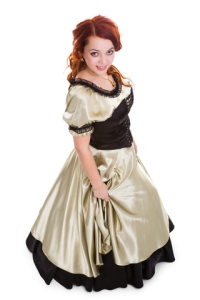 Catherine (heroine from A Most Unsuitable Earl)

In this way, Catherine is not the same person to all people either.   Even at the beginning of A Most Unsuitable Earl, Ethan sees Catherine as a wallflower who is boring and has no chance of finding a husband.  So Catherine (to me) was one of the most fascinating characters I’ve ever had to explore, and to be honest, I didn’t know who she truly was until I got into the second chapter of A Most Unsuitable Earl.  She developed on her own. It was a lot of fun to watch her bloom.  😀

But anyway, why did I set Catherine up to be uninteresting in The Earl’s Inconvenient Wife?  I wanted a character much like Mary Peters when she married Dave Larson in Eye of the Beholder.  I wanted a character similar but not the same.  When I say “similar”, I mean that I wanted a character who was much more than what she appeared to be on the surface.  I wanted someone who wasn’t beautiful but I wanted one who had adorable qualities (in a girlishly cute kind of way). Unlike Mary Larson, she’s not plain, but she’s easily overlooked because she’s incredibly shy.  And it’s up to the hero to take the time to see that cute and adorable qualities lying just beneath the surface.  While Mary was more serious in her personality, Catherine was more playful.  The picture of her in this post best reflects who she really is.  I don’t want to say more because I don’t want to ruin A Most Unsuitable Earl.  What I’ll close with is that Catherine has been a very fun character to write.  I love her passion and spark for life.  Ethan’s character would not have been as funny had it not been for her.  😀

Ruth Ann Nordin mainly writes historical western romances and Regencies. From time to time, she branches out to other genres, but her first love is historical romance. She lives in Omaha, Nebraska with her husband and a couple of children. To find out more about her books, go to https://ruthannnordinsbooks.wordpress.com/.
View all posts by Ruth Ann Nordin →
This entry was posted in A Most Unsuitable Earl, inspiration for the book, The Earl's Inconvenient Wife. Bookmark the permalink.

2 Responses to Inspiration for the Book: Catherine As She Is Featured in The Earl’s Inconvenient Wife