This Sunday, I thought I’d do another deleted scene from The Cold Wife.  In this one, Justin agrees to dress up as a clown and entertain the children at the orphanage.   Yeah, I know the language is very modern (I wouldn’t write it this way today), but it is what it is so I am posting it as it was in the original version. 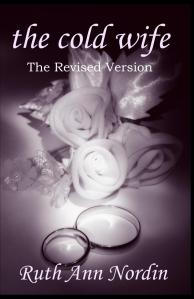 After work, Justin took Carrie out to eat before they went to the orphanage.  He did feel ridiculous wearing the clown outfit, which he was sure was Carrie’s intention, but he was determined to act like he was happy to do it.  If he let her know that this disturbed him, then she would most likely find something else for him to put on that he didn’t want to be caught dead in.  He sat in a chair in the boy’s room while he got ready for the performance.  Mrs. Tobias helped him put on the makeup while Mrs. Edwards and Mrs. Walker got the place set up for the kids.  Carrie and Mary were busy running back and forth to get the supplies to whoever needed it.

Helen sat in the chair a few feet from him and shook her head.  “You’ve got it bad.”

He shifted uncomfortably in the chair.  He realized that his feelings for Carrie were evident to anyone who cared to notice.  “Do you think this will do any good?”

“I think you get deeper under her skin every day, though she’s too stubborn to admit it.  Don’t get me wrong.  I think the world of that girl but she’s being downright senseless.  I just pray to God that she’ll see the light before the month is up.  She’s going to regret losing you if she’s going to go through with the annulment.”

Mrs. Tobias left for a few moments to get the wig and fake nose.

“If it doesn’t work out between us, then it’ll be my fault.  I spent the day with Mr. Davidson,” he informed her.

“Only because Harrison Grant Jr. told you that you would be back at two.”

“Does everyone know the details of that day?”

“I’m in gossip central.  People talk all day long at the nursing home, and they forget some of the old people there, like me, can understand and remember what they say.”

He was beginning to get a headache.  It seemed that being rich meant one’s life had to be put on display for the entire world to watch.

She leaned forward so she could lower her voice.  “I told her to go ahead and consummate the marriage last week but she thought the fact that she was menstruating would be too gross so she said she’d have to wait until Friday when she was done for the month.  If God had timed her flow to come a week earlier or later, she’d have no choice but to be with you now.  Anyway, now you know that she’s wanted to stay in the marriage since last week.  I think being left to fend for herself while Mrs. Davidson and Julie Grant ran off to shop for the day was too much for her to handle.”

“Mrs. Davidson left Carrie by herself in that house?”

Mrs. Tobias returned and put the red curly wig on his head.

The woman nodded.  “That woman didn’t give her anything to eat at breakfast, and she went to go shopping.  It seems that Carrie accidentally broke a lamp and got blood on the rug and Mrs. Davidson went into a tizzy over it and took Julie shopping with her.  It had something to do with her cats.  Mary tried to explain it to me but Mary had trouble remembering all of the details.”

He sighed.  It’s no wonder that Carrie was upset.  She must be afraid that this will keep happening to her.  He had the sudden urge to take her in his arms and promise her that the incident with Mrs. Davidson wouldn’t ever happen to her again.

Mrs. Tobias put his red nose on and made sure it was in place before she announced that he was ready.

“How do I look?” he asked the two women.

He didn’t have a mirror to look at but if his bulky white outfit that was covered in large yellow, red and blue polka dots was an indicator of how his makeup looked, then he was assured that he was a comical sight.

“I better get to the front room so I can see the performance.” Helen smiled as walked out of the room.

“Oh!  I forgot the shoes.” Mrs. Tobias snapped her fingers and ran to get them.

Carrie entered the room.  “I’m going to be your assistant,” she told him.  She stopped in the middle of the room when she saw him.  She chuckled.  “You look so different from the professional businessman I’m used to seeing.”

“You’re cute.  The kids will love it.” She walked to the table next to him.

“I said that you’re cute, and that’s all you’ll get out of me.  I do appreciate you doing this.  I think the kids will enjoy it.”

Mrs. Tobias returned with the large red shoes.  “Carrie, you thought of everything.  Mrs. Clark is here to see Ryan, and I believe they are getting along well, though I think he still likes you a little more.”

He put on the shoes and nodded.  “You’ll have to walk me through this.”

“Just follow my lead.  I have the whole thing planned out.”

They walked to the front room where ten orphans sat on the floor with a couple of women.  When the show first started, he felt awkward.  He was surprised that Carrie seemed so at ease in front of the group.  She was shy at the dinner parties.  Perhaps she could open up easily in front of the women and children because she knew them well.  While she went through the performance smoothly, he made a couple of errors, but since the audience laughed, he played along as if he meant to goof up.

He noticed that Ryan didn’t laugh, even though he gave a slight smile once in awhile.  He suddenly wondered what the boy’s life had been like before he came to this place.  He had to wonder if he had been the same way after his parents died.  Unlike him, Ryan would never know where he came from or who his parents were.

Suddenly, Carrie threw a pumpkin pie in his face.  He hadn’t been paying attention to what was going on since his focus had been on the young boy, but he quickly redirected his attention and saw Carrie laughing along with everyone else.

“You were supposed to run from me,” she said between fits of giggles.

“Why would I run from you?” he asked.  “You’re my beautiful and lovely assistant.” He grinned and leaned forward to kiss her.

An eruption of giggles came from the audience and he noticed that Ryan had finally laughed.  Deciding the moment was too good to pass up, he took her in his arms, dipped her back and gave her a long kiss.  When he let her go, he was pleased to see that Ryan was still laughing.

“Yuck!” Carrie reached for a towel to wipe her face.  “You got pie all over me.”

“When you grow up, you’ll like it,” he assured the boy who obviously didn’t believe him.  Turning to Carrie, he asked, “Is that it or is there more?”

“You’d better say there’s more…but wait until you get home before you do the rest,” Helen called out to her.

He ignored Carrie’s stunned expression and started cleaning up with the other women.  He hid his grin.  He liked Helen.  The woman didn’t hold anything back, and he could only hope the woman’s words would sink in and motivate Carrie to action.

That night after he bathed, he noticed that Carrie had already gone to bed.  He sighed.  What was it going to take to get back into bed with her?

Ruth Ann Nordin mainly writes historical western romances and Regencies. From time to time, she branches out to contemporaries romances and other genres (such as science fiction thrillers). For more information, please go to www.ruthannnordin.com or check out https://ruthannnordinauthorblog.wordpress.com.
View all posts by Ruth Ann Nordin →
This entry was posted in Sunday Story Sample, The Cold Wife. Bookmark the permalink.
Loading Comments...
Comment
×
%d bloggers like this: