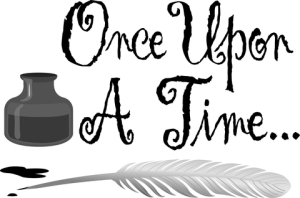 Last time I discussed starting with an idea.  One of the things I suggested was writing out the your first scene (or at least part of it).  Now, after you got a good feel for your first scene, this is where you go…

What thoughts popped up while you developed your first scene?  What new ideas came to you?  Did your original idea start to take on a life of its own?  What questions popped up?  What tangents do you see the story possibly going in?

While you don’t have to write these down, you certainly can, especially if you want to tuck these notes away and refer to them later.

I’ll use my example from the last post to give you an idea of what I mean by questioning your main idea:

I want the husband and wife to reconcile.  But this is not a romance.  I could go with romantic suspense, but I don’t want to do romantic suspense because that genre never interested me.  The beginning is dark and eerie.  It’s creepy.  Also, I don’t want to focus on the romance between the man and woman.  I want to focus on this creepy house and what’s in it.  I also want to develop what is going on with the daughter.  Who did she stay with?  Where’s the wife?  Is the man where he thinks he’s supposed to be or somewhere else?

That’s what I mean by questioning your idea.  You’re getting a better feel for your story and exploring all your possibilities.  It’s a big brainstorming session.

2.  Taking all the things you came up with in #1 into account, you should be able to come up with your genre.

If your focus is on the couple, their romance, and their happy ending, then you’re doing romance.

If a crime’s been committed and the father is called in to deal with it, you might be dealing with a thriller or mystery.

If his daughter was abducted by aliens or in a genetic experiment or he’s going into a parallel universe, you’re dealing with science fiction.

If he finds himself going to another world with magic, you’re dealing with fantasy.  If the magic is on this world, it’s urban fantasy.

If he finds himself having to entering a very weird or bizarre situation where he’s the prey (perhaps that man who’d wanted to sleep with his wife is coming after him but we don’t know it until the end) so the husband is going to be terrified somehow, then we can say it’s horror.  (Thriller could be a close one on this, so it depends on the level of terror in the book.  High terror and possible gore would make me say horror.)

3.  Read the genre you are thinking of writing for (unless you’re already familiar with the genre and know your story will make a good fit).

My advice is to pick a genre you want to read.  Why do I suggest that?  Because if you want to read it, you’ll have an easier time wanting to write it.  The best stories are those the author was passionate about writing.  I can tell if an author enjoyed writing the book when I’m reading it, and I’ve heard other people say they can tell that, too.

But this is your idea and it’s your story.  Do what you want to do.  Maybe you want to try something new.  If so, then I suggest you read some top name authors and study what they did.  Making a list of all common themes in the books you read can help you remember them later when you work on your story.

4.  Write with your audience in mind.

If you are writing for yourself (and only yourself), then this doesn’t apply to you.  By the way, I fully support writers who want to write and publish books they want to write for the sole purpose of reading those books themselves.   You do not have to want to make money in order to publish a book.  It’s okay to write and publish for the simple enjoyment of seeing your book on your ereader or in paperback.  Some people will tell you you must want to make money and promote, but we’re all different.  You write for the reasons you want to write.

If, however, you do want to write in hopes of making money, then it’s important to write for your audience.  You should be in tune with what they want and deliver it to them.  This is why writers who write a romance with a sad ending get slammed in reviews.  Romance readers want a happy ending.  If you go against this very important rule, you won’t make it as a romance writer.  What you have is a love story.  But you don’t have a romance.  Likewise, if you categorize your book as horror but write about a little bunny hopping down a meadow, people who read horror will be very upset with you.

Genres are wonderful because they give writers a blueprint to go by.  They also promise the reader an experience they will enjoy.  I read a wide variety of books, and when I’m in the mood for a dark and spooky house, I pick up horror.  If I’d rather fall in love all over again, I go to romance.  If I want to leave this world and seek adventure elsewhere, I go to fantasy.  If I want a parallel universe or genetic tampering or a viral outbreak, I go to science fiction.  When a reader picks up a book, they are looking for a certain experience.  If you can give them that experience, they will love your book.

Next week, I’ll talk about backstory and why you shouldn’t do it too early in your story.

Ruth Ann Nordin mainly writes historical western romances and Regencies. From time to time, she branches out to contemporaries romances and other genres (such as science fiction thrillers). For more information, please go to www.ruthannnordin.com or check out https://ruthannnordinauthorblog.wordpress.com.
View all posts by Ruth Ann Nordin →
This entry was posted in writing and tagged genre, writing. Bookmark the permalink.

2 Responses to A Post For New Writers: Picking Your Genre