Thanks For Sticking With Me

First of all, it’s an honor for Forced Into Marriage (Pioneer Series: Book 4) to be featured in the Smashwords Hotlist last week on the Happy Ever After USA Today blog.  It’s only because of you that I’m able to hit this kind of list, and I don’t take that for granted.  So thank you for sticking with me through the years.  I am very blessed.

Forced Into Marriage Will Be Out July 22

I don’t have this up on Amazon yet, but it is up on the other retailers.  I’ll say more about this when it’s released.

If It Takes A Scandal is Almost Done

This will complete the Marriage By Bargain Series.  (Book 1: The Viscount’s Runaway Bride, Book 2: The Rake’s Vow, Book 3: Taming The Viscountess, Book 4: If It Takes A Scandal)

I’m currently on chapter 18.  My books tend to be around 20-22 chapters long, so that gives you an idea of where I’m at right now.  I’m not sure exactly how much more I have to go, but I know what I need to do tie things up.

Originally, I had marked this book down for a December release, but since I’m so early on this, it’ll probably be out in early-to-mid September.

This book is the first book in the Misled Mail Order Brides Series.

I had planned to give the heroine scars and a limp, but it’s become clear to me that she doesn’t want the limp.  So I’m going to have to remove that part when I go through the edits.  I think I only mentioned it once or twice, so this won’t be a problem.

The fact of the matter is, even when I carefully plan out a book, the characters still have the final say.  (This is the book I plotted in advance.)  Will other changes come as I’m going along?  Well, I already ended up having to swap a scene and modify another one.  I do think, however, the overall story is going to stay the same.

I just hit the Chapter Three mark in Married In Haste

This is book 2 in the Marriage by Fate Series.  (Book 1: The Reclusive Earl, Book 2: Married In Haste, other books to be announced)

While I was dictating a scene in this book the other day, I came up with the perfect way to take care of Lady Eloise.  I’m not going to say because it’ll spoil the surprise, but I plan to do it later in this series.  It won’t happen in this book, but I start the ball rolling on it.

The heroine in this book is going to try to join Lady Eloise’s group in order to please the hero.  It should be interesting to see how things go.

The Outlaw’s Bride is slow going 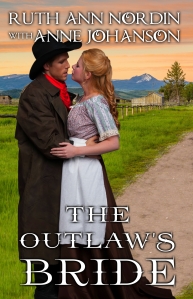 Since I’ve been having to play around with dictation again, I’ve made little progress in this one.  My focus has been on the other three books because those are ones I plan to get out before the end of this year.

News on the Dictation Front

I don’t know how many people are all that interested in this part of things, but I’m happy to say that the dictation is finally working well for me.  My main problem has been on finding ways not to strain my eyes by going on the computer and having to polish what I just dictated.  Doing that has proved to be a problem on my eyes, especially since I still need to do things like edit.

I have printed out several chapters of If It Takes A Scandal and have it set to a size 16 font.  When I finish marking up the pages, I like to go in and make the changes on the computer in the document itself.  This is probably going to take up the bulk of my computer time from now on since I go through so many books in a year.

So I bit the bullet and started adding the punctuation and new paragraphs while I dictate.  I had to do this because my husband, who is polishing up my dictation for me, has no idea what to do when I don’t add the punctuation.  This does slow things down when I dictate, but I will admit that I end up with a cleaner copy for him to work with.  It’s worth the extra time so I don’t have to sit down with him while he reads my stuff back to me so I can tell him where to put punctuations and new paragraphs.

I usually dictate for one book right after I take a shower in the morning.  I will lie down with a warm cloth over my eyes, and this is the perfect time to dictate since I have nothing else to do.  Then, later in the day when I’m sitting on the porch or taking a walk at the park, I’ll dictate a scene one or two more books.  Sometimes I get to the fourth book.  Sometimes I don’t.

My average word count is what it used to be when I was typing.  I haven’t gained any more words by dictating, at least not at this point in time.  Who knows?  Maybe that will change as I get more used to it.  I’m just happy that I can finally get emotionally into the story when I dictate it.  Such wasn’t the case earlier this year.  Now I keep 95% of everything I dictate.  I used to only keep 30% and rewrite the rest.  I guess since I’m forced to dictate, my brain has finally jumped on board with this process. 🙂

Ruth Ann Nordin mainly writes historical western romances and Regencies. From time to time, she branches out to contemporaries romances and other genres (such as science fiction thrillers). For more information, please go to www.ruthannnordin.com or check out https://ruthannnordinauthorblog.wordpress.com.
View all posts by Ruth Ann Nordin →
This entry was posted in Uncategorized and tagged Forced Into Marriage, Married In Haste, The Bride Price, The Outlaw's Bride. Bookmark the permalink.

5 Responses to Updates On What I’m Doing