I have been standing at a wall on this particular book for the past two months, and thought I’ve added a couple thousand words to it, in my gut, I know there’s something “off” about it. So I’m putting it aside. 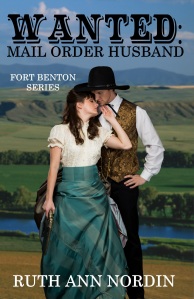 I rarely ever do that with a book, but sometimes a writer has to put something on hold and focus on something else. Fortunately, this wasn’t up on pre-order, so I have the luxury of doing that.

This is one good argument against doing a pre-order. I love doing pre-orders. They are a great way to get everything lined up in advance. BUT I can see there being a benefit to waiting until the book is done before doing anything with it. If I had put this thing on pre-order, I’d have to get it done even though it’s gone off track. I suspect it went off track about 10,000 words back. My word count in this book at the moment is 24,000 words. For me, I don’t usually know I’ve gone off track on a story until I’m 5,000 to 10,000 words away from the point where things went downhill. This happened in The Earl’s Inconvenient Wife, Boaz’s Wager, and Wagon Trail Bride. I ended up going back and rewriting major portions of that book. The thing was, back then, I was too stupid to realize I had gone off track, which meant I kept on writing until about 20,000 words needed to be scrapped. Those were not fun times. I hate doing that.

So having learned how my brain works, I’m going to stop right now while I only have 10,000 words to scrap. When it’s been over a month, and I’m still struggling with a book, it’s a red flag that I’m not taking the book in the right direction. I’m going to set this aside in a folder, and when the time is right, I’ll go back to it.

This, of course, means, I have a vacancy. I don’t like doubling up on books in the same series. For example, I don’t like writing Book 1 and Book 2 at the same time because something that happens in Book 1 might impact something I need to put in Book 2, but if I were to write those at the same time, I wouldn’t realize this until I’m deep in Book 2. This would require me to go back and scrap parts of Book 2 and rewrite it. So I have to start on a book that isn’t part of a series I’m currently working on. I don’t know what that book will be yet. I still need to get done with Married In Haste so I can have it ready for my editing team at the end of the month.

I am currently behind in my writing schedule. This hasn’t been helped by the fact that I hit a dead end on Wanted: Mail Order Husband. It has only made things a lot more frustrating, and the more frustrated I’ve been getting, the harder it’s been to write anything at all, even in stories where I know where I’m going. It’s difficult to write when you’re wound up so tight that you have trouble concentrating on anything.  I’m hoping that if I put this book aside, it’ll help relieve some of the pressure so that my creativity will come back. Right now I’m going to focus on Married In Haste and The Rejected Groom. I know I’m on the right tack in those books.

Like I said above, I am relieved that I never put this one up on pre-order. The pressure isn’t there to finish it. Going through this experience has me questioning whether or not pre-orders on a book is really that great of an idea. If the book is already finished, I guess I don’t see any harm in doing it. It is nice to have everything done on the day of release so all you have to do is let people know the book is available. To me, that is the main benefit of doing a pre-order. I’ve never seen massive sales from doing pre-orders. There is a slight bump, but it’s nothing to brag about. Now, if you’re a popular author with a large following, then pre-orders could be a powerful tool under your belt. But if you’re not comfortable doing a pre-order or don’t see any benefit to it, I see no reason to do it. I think pre-orders were supposed to be the next big thing in marketing, but I don’t think it ever panned out to be what people said it was supposed to be. (That’s my two cents for what it’s worth.)

The important thing is that the book should be one the author is proud of. Believe me, it’s no fun to have a book out there that you cringe about whenever you think about it. So for the sake of Wanted: Mail Order Husband, I’m not going to finish it at this time.