A long time for me is two years. In the world of writing, things happen so fast that even a year ago seems like old news. So technically, this hasn’t been a “long” time that I’ve been itching to get around to this kind of book.

This is going to be a gothic romance set in the Regency world with a Beauty and Beast spin to it. The reason I’m labeling it a Regency is because it takes place in the same world as my other Regencies. I want people to easily connect this story with the other books it belongs to. 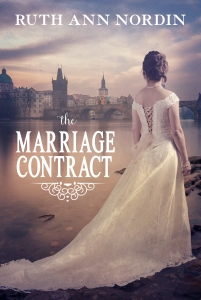 Though I don’t have a series title on the cover yet, it is going to be Book 1 in the Marriage by Fairytale Series. Since about 2014, I’ve been wanting to do a series of books based loosely off of familiar fairytales. Up to now, I haven’t found the right setting to place all of these fairytale ideas into. The original versions of these fairytales were darker than the versions you see in the cartoons. The original versions are the kind of feel I’m aiming to dive into. In my opinion, they reach deeper into the dark corridors of the human soul.

I love doing light and comedic, but from time to time, I like to explore the darker side of life. This is why I self-publish. I don’t want to be boxed in by what a publisher wants. I want to be able to write any kind of story I want. Sometime I want light and funny. Sometimes I don’t. Self-publishing offers me the flexibility to do what I feel like at the time. It also frees me up to let the characters lead the way.

So for this particular storyline, I want several things:

I want a hero who is in deep emotional pain from his past. I want the heroine to be running from someone is trying to harm her. I want the villain to threaten someone’s life in the course of the story. In this case, I think the hero is at risk, though it might expand beyond that. I also want her to wonder if the hero killed his first wife (even though we all know he didn’t because this is a romance).  But I want the suspicion to be there. I want him to wear a mask because his face has been disfigured. I want him to be a recluse from society. I want the heroine to be with child so she’s vulnerable and in need of help. Last of all, I want there to be a happy ending despite all of the danger and mystery these two are going to face during the course of the story. Not all of the original fairytales ended on a happy note. I love happy endings, so I’m going to put happy endings at the end of all of these books.

I’ve been able to pull various elements of this entire idea in different stories. The Accidental Mail Order Bride had the scarred hero. Brave Beginnings had a villain who was suspected of killing his wife. His Redeeming Bride had a vulnerable heroine who had a newborn to care for.

It’s not until now that I can finally fit all of these elements into one story. I’m working on a puzzle of all the things I’ve wanted to put together into one story for the past two years.  All I need to do is connect the pieces together, which is already happening without me trying for it. I’m not doing any plotting. I’m letting my subconscious mind do the work, and it’s going great.

This is what pansters do. They let their subconscious brain do the creative work. I didn’t appreciate this until I plotted The Bride Price from beginning to end.  I realize plotters think pansters are nuts, but believe me, the subconscious mind is a wonderful storyteller. Authors who write by this method and learn to trust the process end up thrilled by what happens while they’re writing. The story comes together in a magical way. While working on The Bride Price, I discovered that plotting ruined storytelling for me. I actually hated writing. I couldn’t pin down why this was happening until I found out another author  who is a panster had a similar problem when she plotted a book.

I didn’t say anything on this blog about my struggle with The Bride Price at the time it was happening because I didn’t want people to hate The Bride Price. I was afraid it would influence how people read that story. But now that it’s been out, I can publicly say that book was like pulling teeth the entire time I was working on it. Going back to letting my subconscious mind lead the way has given me my joy back. I am finally having fun writing again.

Back to The Marriage Contract….

This book is going to be Stephen Bachman’s romance. I introduced Stephen in The Rake’s Vow. He was the heroine’s younger brother. Stephen also plays a prominent role in Married In Haste. I can’t tell you any more than that because there would be huge spoilers that would ruin the book, and Married In Haste is due out around December 30. Right now it’s with my awesome editing team.

Anyway, it’s fun to finally be able to fit in all of the things I’ve been wanting to put together. I’m almost at Chapter 3 of The Marriage Contract right now, and I am loving every single moment I spend in that world. Even better, I have picked which fairytale I’m going to springboard off for Book 2 in this series. That will be Cinderella, and I already have the heroine and hero picked out for that book.

As a final note, I did struggle with whether to use “fairy tale” or “fairytale”. I realize one version is used primarily as a noun and the other an adjective, but in the end, I figured I would use “fairytale” because it looks more aestetically pleasing to me. My creative side would rather do it this way, so I’m going with it. 🙂