Scaling Back on Some Things

The process of dropping out of the rat race has turned out to involve much more than simply picking projects I’m most interested in. Originally, I thought that was all I had to do. But once I did that, then another thing popped up and then another. So I’m now having to sort through a lot of things I’ve been doing. I need to figure out what I’ll keep doing and what I’ll drop. If I’m going to truly embrace this notion of writing for passion, that changes the entire landscape for me as an author.

All I can say is that I never imagined 2018 would be the year I’d go back to square one and re-evalute everything I’m doing and why. 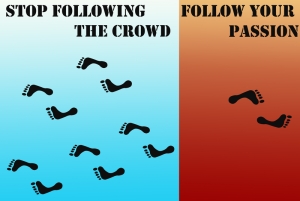 My first priority is to write what I’m passionate about.

I had to sit down and ask myself a hard question. The question was, “How do I want to spend my time?”

The answer, though relatively simple, turned out to be, “I want to spend my time writing books I’m passionate about.” That’s it. That’s all I wanted when I got started in this writing thing. I didn’t think about marketing. I didn’t think about writing stories others wanted to read (aka “writing to market”). I didn’t think about trying to please people who weren’t happy with my books. I hadn’t given thoughts to book reviews. All I did was write the story that was burning within me to get down on paper.

So that is where I need to start. And that has ended up with a surprising domino effect.

My second priority is to put aside any story ideas that I’m not most passionate about writing.

Time is a limited resource. As much as I’d like to be able to do more, I really can’t. I have to eat, sleep, spend time with family and friends, etc. I can’t be at the computer 24/7. I need to let my mind have breaks. I need days off. If I don’t do these things, I will seriously burnout, and if that happens, I’ll probably be unable to write for a very long time. I don’t want that to happen.

I know people have been after me to write Hugh and Vivian’s story and also Shane’s Deal, but those stories are not what I’m passionate about. At least not at this time. I wish I had never even mentioned them. Since my publisher has Patty’s Gamble, I can’t go back and take out that thing about Shane’s Gamble. It’s stuck there. So is every other project I talked about at one point or another in a blog post or in a Facebook/Twitter post somewhere.

At any one time, a lot of ideas are swimming in my head. But, due to time, I can’t pick them all. I have to choose. In this case, I have to ask myself, “If I were to die next year, what books would I want to get into the world?” And that is the basis of how I make the decision on what I’m most passionate about.

People have said there’s something missing in my stories that used to be there. Well, I suspect that’s the passion for the story. I’ve been writing to market. I haven’t been taking risks or going against the tide. I haven’t been delving into the deeper parts of the human experience like I used to. I’ve been staying on this safe little road that was well-lit. I could see where I was going. While that offered safety, it was slowly draining my creativity. It was robbing me of the risk. There’s a certain thrill in driving (aka writing) into the dark where you can’t see where you’re going. I used to do that all the time. So I’ve just taken all of my stories off the lit part of the road. Now I’m in uncharted territory again. And writing over the past week has been more fun than I’ve had in a while.

Will people like this change? I have no idea. But if I keep going down the safe road, my stories will end up sounding the same, and I really don’t want that. I want to write better than I did before. I want to go down roads I haven’t been down yet. And the only way I’ll do that is if I pick stories based on how passionate I am about writing them.

My third priority was to cut out things that hinder my writing time.

Since I am putting time in for better eating, more exercise, more time with family and friends, and days off, I need to be smarter about how I spend my time. Part of this is removing things that cause me unnecessary stress.

Wattpad was the thing I decided to let go (at least as a writer).  I might stick around to read the stuff my authors friends have over there. I do want to support them, and to do that, I need time to read their stuff.  Wattpad is high stress for me. I’m an introvert. I need lots of quiet time. In order to be successful on Wattpad, you need to engage with other Wattpad users. I mean, seriously engage with them. You have to leave comments on their comments, read their works, comment on their works, mention you have a book up, and on and on it goes. I couldn’t keep it all straight. And that drains me of my energy. I think other introverts get what I’m saying, but extroverts probably think I’m nuts. But for my sanity, I had to let it go even though I met some great people over there. That was a sad thing for me to do, but I know it had to be done.

I won’t be doing anything else on You Tube, at least for the time being. Not that I was uploading more videos on You Tube anyway, but I actually had made a list of future videos to make. I had even gotten some videos in and was planning to upload them. But after all this, I better not. I need to scale back and find my focus again. Maybe someday I might actually have the time and inclination to dive back in? But for now, it’s going to stay as static as it’s been for over a year.

I’m not reviewing any more books. Believe it or not, reviewing books stresses me out. I know, I know. It’s silly. It’s just a review. But I have a terrible time knowing what to say in reviews. It’s even worse than writing my own book descriptions. I can’t just say, “I like the book.” I have to say “why”.  And that takes me, on average, two to three days to figure out. Then I wonder if the review sounded stilted because when I write it, I feel like it is.

I’m sure there will be other decisions that will pop up, but so far, these are the main three things I’ve decided to cut from my life in an attempt to clear time out to do my best work.

If anyone thinks this is easy to do, it’s not. It’s easier to sound brave than it is to feel it. I worry that this is going to be the end of my writing career. I’m pretty much throwing away the advice of authors and marketers who make more in 2-3 months than I do in a year. There is a lot of apprehension in veering off into a different direction. But I’m reminded of a saying that was on the wall of my Psychology teacher’s classroom in high school that still inspires me to this day. “Courage is doing what you’re afraid to do. There can be no courage unless you’re scared.” (This quote was by Eddie Rickenbacker.)

I’m just going to move on ahead and focus on my writing. I know if I do that, the fears I have will grow smaller because my joy for my work will get bigger.

13 Responses to Scaling Back on Some Things