This post is loosely based off of the book I just finished titled The Happiness Equation: Want Nothing + Do Anything = Have Everything by Neil Pasricha. (I’ll give the link to it at the bottom of the post.)

Before I get into this post, I want to say that this book is one of the best books I’ve ever read. It’s definitely going on my “keeper shelf”, and I’m going to take it out and periodically re-read it. If you’re struggling with finding happiness, I highly encourage you to check it out. 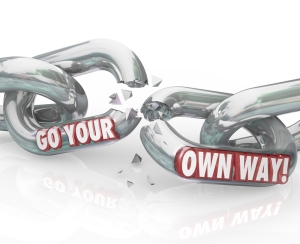 What? Don’t take advice? Isn’t that a terrible thing to do?

One of the things mentioned in the book is “Don’t take advice”. Upon first reading that, I thought, “That is crazy. Isn’t advice useful?” But then I thought over the portion of the book where the author mentions people often regretting not following their own path. They get so caught up in living other people’s dreams that they neglect their own. Also, they don’t want to upset others, and as a result, they go along in order to get along with them. At the end of their lives, a lot of people end up wishing they’d had the courage to do their own thing.

For example, I was stuck in this zone for some time. I get feedback on a regular basis from people telling me what I should or shouldn’t write. And up to now, I’ve been following it. This is what is called “writing to market”. I stopped asking myself what I wanted to write. Instead, I took advice on what I should write. What happened? I got to the point where I hated writing. This didn’t happen immediately. It took time. I think it took a total of three years. I was playing it safe. I was doing what would please the most people. And it slowly sucked the joy out of writing for me. The alarming thing is that the process was so slow that I didn’t realize what was going on. That’s the danger of taking advice.

People in our lives mean well. They are looking out for us. I get that. But there are four main problems I see with taking their advice.

There will be critics.

Deep down inside, I think we know what we really want to do. Sometimes we ask for advice because we’re looking for someone to agree with us. This agreement leads to security. As long as you have someone backing up your thoughts, you can better justify what you want to do. It takes courage to go out alone and do something that is contrary to what others are saying. We risk failure. We risk the dreaded, “I told you so” from others. We risk disapproval. We risk ending a relationship that is important to us. There are many things we could lose. That’s why it’s not easy to travel our own path. That’s why it’s easier to follow someone else’s instructions for our lives.

But in the end, will that advice make us happy? If we’re not true to our own selves, can we really be content? Or will we just tell ourselves that we’re happy so that we can cope with the box we trapped ourselves in? Will we ultimately be slowly dying inside because we let fear hold us back?

Life is a series of choices. You have to decide if you’re going to let other people make those choices for you, or if you’re going to make those choices for yourself. Obviously, if you’re married, you will have to take your spouse into consideration with the choices you make. Single people have an advantage in this area. But even if you are married, there are areas of your life where you have freedom to make your own choices. There’s always something you can do to make yourself happier.

Going back to the example I gave above, early this year I made a decision to write my books the way I want to write them. But it’s only in this month (with the help of the material in The Happiness Equation book) that I started actually writing what I wanted. It has not been easy to dig my way out of the “writing to market” mindset. For every step I took forward, it felt like I ended up two steps back. It didn’t help that I suddenly got an onslaught of people expressing how unhappy they were with some aspect of my writing. It was weird how this feedback came all at once, but it did, and these people came from all over the place. I hadn’t ever heard from most of them before.

So when you decide to travel your own path, expect resistance. I think it’s to be expected when we change what we’re doing. I’m sure this will mean that some people will stop reading my books, and I’m okay with that. I see the reviews. I read the emails. I read the blog comments. I read the Facebook comments. I know what advice people are giving me. And I have decided to ignore all of that advice. It wasn’t easy. I’ve had to remove myself from social media quite a bit. I had to sit alone with the stories I’m currently working on. The more I focused on writing what I wanted, the easier it got. Last Friday, for the first time since 2014, I woke up excited about writing. I was having fun. I was happy. I didn’t even want to quit even though I’d been writing for five days straight. I made myself quit because I need to take care of non-writing things in my life. And to be honest, it felt good to quit writing because I HAD to. It’s a major difference from quitting the day’s writing because you finally got a certain word count in after “pulling teeth” all day.

Only we know what’s best for us..and doing that will make us better people to be around.

Sometimes you have to be selfish. I know that’s a hard concept to grasp because from an early age, we’re taught to put other people’s needs before our own. But I think sometimes we have to do what is best for us. Now, I do believe we should be nice to other people. That’s very important. I do believe in the “treat others as you’d have them treat you” motto. It’s just that you can’t please 100% of the people 100% of the time. You need to pick when to say yes and when to say no. It takes wisdom to figure out the balance. If we get away from the noise going on around us, it’s easier to get to that balance. In the end, if we’re doing what we want to do, we’ll be better people to be around. We’ll be empowering ourselves to reach our full potential. When we are fulfilled in what we’re doing, we’ll naturally be pleasant to be around. So really, we’ll be doing our loved ones a favor, even if they don’t realize it. It’s a win-win.

Here’s the book I mentioned above. 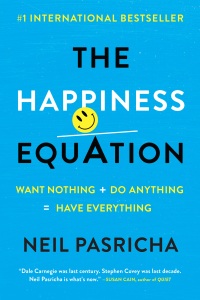 Ruth Ann Nordin mainly writes historical western romances and Regencies. From time to time, she branches out to contemporaries romances and other genres (such as science fiction thrillers). For more information, please go to www.ruthannnordin.com or check out https://ruthannnordinauthorblog.wordpress.com.
View all posts by Ruth Ann Nordin →
This entry was posted in Uncategorized and tagged choose your own path, don't take advice, live your own life, pursue your dreams. Bookmark the permalink.