Why is Money the Main Objective In the Writing Community? 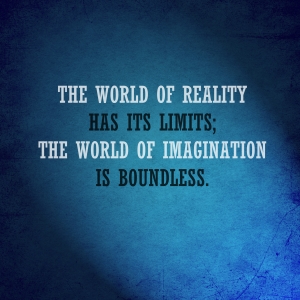 This is a personal gripe I have with the writing community as a whole. I’m tired of how obsessed a lot of authors have become over making money. This mindset has crept up in the writing community ever since self-publishing really took off around 2012-2013. I like money just as much as anyone else, and I think it’s great that authors can make money with their books. But everywhere I turn, the emphasis is more on how to make money off of books instead of writing good quality stories.

It wasn’t all that long ago that authors were self-publishing because they loved to write, and they were glad they could have full control over their stories. We could publish books that lined up 100% with our vision for the story.

For example, in 2008, I had submitted Eye of the Beholder to two different publishers. One publisher wanted a lot of angst between Dave and Mary (my two main characters). They didn’t like how much the two characters got along for most of the book. The publisher said it wasn’t a romance unless Dave and Mary had a lot of fights. But that wasn’t who those two characters were, and yes, it was a romance. You don’t need two characters arguing all the time in order for a book to be a romance. You need a love story central to the story and a happy ending. That’s it. I went to another publisher, and this one liked the overall story but wanted a lot more description. I hate tons of description in the books I read. I feel it bogs down the plot, and quite frankly, it bores me to tears. I just want to get to the action. That being the case, why would I write the kind of book I would end up skimming?

So what did I do? I published Eye of the Beholder myself to keep the vision I had for it intact. If I had changed my story to fit what those two publishers wanted, I might have been able to say I had a traditional publisher, but I would have hated the story.

To me, the heart and soul of a story is the writer’s vision for the book. That vision shouldn’t be boxed in by someone else’s opinion. The spirit of self-publishing that existed around the time I started publishing ebooks (2009) was that of freedom. It was freedom to control the story. That was the main objective of every other self-published writer I talked to, and it was why we were excited to finally have a viable avenue to get our books into the world. We were able to make ebooks and paperbacks at no cost. We were able to fulfill a dream many of us had since childhood.

And then money got in the way.

Like I said above, I’m not hating on money. I like it as much as the next person, but I don’t want money to be the reason I keep writing. And yet, this has become the main objective for many authors. Their primary objective isn’t the love of the story. They want to make money.

A friend told me about an author who’s been pretty much taking the same story idea and just repeating it over and over in her other stories. She changes characters’ names and probably a few details, but my friend noticed the stories were pretty much the same. When she asked the author about it, the author told her, “That’s what sells.” This isn’t the first time I’ve heard of this happening. I’ve heard of it at other times in the past, too. There are lots of posts and discussions online dedicated to explaining how authors can write stuff that will appeal to the largest number of people in order to make money. This is why writing to market has become so popular in the community. This is why so many books look a lot alike. Same kind of cover, same kind of title, same kind of description, and same kind of plot. When I was a kid, my music teacher had me sing a song called “Little Boxes,” which was a song about how everyone ends up doing the exact same thing. There’s nothing to distinguish one person from another. They all live in the same houses, do the same jobs, etc. This is what’s happening to a lot of books right now. These books all look and sound just the same. It’s like they were all rolled off the assembly line.

And I’ll add in another example. While I was on Facebook, an author mentioned getting a magazine that was written for indie authors, and the main focus of every single article in this magazine was money. How to make more by using keywords on Amazon. How to make more money by giving public speeches. How to make more money by putting books in Kindle Unlimited. And on and on the articles went. Everything had to do with money. Not a single article had anything to do with writing for the pure joy of writing. There wasn’t anything about improving the craft of storytelling. Nope. It was all about money.

I see this stuff all over the place, and it just makes me sad. Books are supposed to be more than a product to sell. Books should be stories that are so engrossing that the reader becomes a part of the story. The reader should be so immersed in the story that they shouldn’t even be aware they’re even reading. As soon as I get bored of a book, I move on. I don’t go to the end. But give me a book that makes me dive right into the story, and I’m the happiest reader in the world.

It shouldn’t all boil down to money.

This is why I say self-publishing is going to decline. But it’s going to decline with authors who are only in it for the money. The money has already started drying up. The gold rush of self-publishing is over. Those who love to write will stick around because they’re in it for the right reason. The human spirit was created to find fulfillment in life, and money (in the end) isn’t going to satisfy in the long run. But writing for the love of it will.

4 Responses to Why is Money the Main Objective In the Writing Community?