Things That Drive Me Crazy As a Reader

Disclaimer: These are my opinions. I do not represent every reader out there. 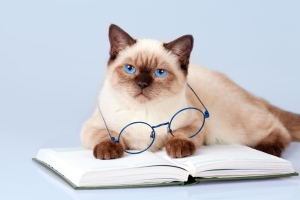 I also find it distracting that when characters are having a conversation, the author will insert random thing that doesn’t add to the scene. If characters are discussing a necklace, then yes, describe the necklace. But if the characters are discussing a necklace, why go into the color of the chair across the room or the sound a bird is making from outside? That has no bearing on the conversation, and all it does is pull me out of the story. I know why authors do this. It’s because they’re told to include all “five senses” into every single scene. Even I fell victim to this terrible technique after going to a critique group, so I understand the author’s plight. As a writer, you want to make a book that fully engages the reader.

But from personal experience, it’s much better to keep the reader’s attention on what is  happening to the characters. Fiction is a story seen through the eyes of the character. If a character is having a serious conversation, would they really care about the design on an antique lamp in the corner of the room that has no bearing on the conversation? No. They would be worried about what the other character is telling them. Always keep the focus on the what matters most to the character when you’re writing a scene.

Also, reading is a subjective activity, so it should be up to the reader to decide whether or not they like a character. The author shouldn’t come in and say, “This is the person you’re rooting for, and this is the person you should hate.” Let me, as a reader, decide that for myself. The ability to allow a reader to make their own judgments on a character is one of the most effective storytelling tools in a writer’s arsenal. If a writer can make a reader feel strongly about a character (whether good or bad), then that, in my opinion, is the sign of an excellent storyteller. I’ve read plenty of “meh” books, but those that made me feel strongly for a character are the books that have stuck with me for years.

Repetition can be a powerful storytelling technique when done right. If it adds to the tension in a story, it’s good, and it should be used. For example, there was a short story I read where the main character killed a person, and during the story, he’s worried he’ll get caught, so he is in a cycle of repeating the same thoughts to himself over and over. He ends up breaking down and screaming that he did the crime when a police officer is ready to leave. He would have gotten away with the crime if he had just kept his mouth shut, but by use of repetition, we see how his conscience ended up getting the best of him.

Every scene in a book has to contribute to the overall story. And breaking this down, I also think every sentence in the book should contribute to the story, too. If there’s a sentence that doesn’t need to be there, throw it out. There’s no point in making the reader groan by adding stuff that doesn’t need to be there. All you’ll end up with is a reader who skims the book. And sadly, I’ve skimmed a lot of books over the years.

What about you? Are there things that drive you crazy when you read books? If so, I’d love to hear them. Please don’t say the author or the name of the book. I want to keep this focus on a storytelling technique gone wrong.

19 Responses to Things That Drive Me Crazy As a Reader