I finally had a chance to sit down and figure out my publishing schedule for 2020. I had to go to working on two books at a time instead of three (due to the time spent homeschooling). I also have to publish a book every other month to help pace myself so I don’t get overwhelmed. I love homeschooling and plan to keep homeschooling until he graduates high school. He’s in the 8th grade right now, so we’re looking at four more years.

For the moment, I have had to drop the Larson sister series. That is the series featuring Tom and Jessica Larson’s daughters. I expect to get back to that when I finish the Wyoming Series.

The specific release date is January 25.

In a nutshell, Lillian Christian is on her way to meet the man she’s supposed to marry when a group of outlaws abduct her from the stagecoach. If you click the book cover above, you can get more information.

This is a rewrite of The Stagecoach Bride that I did with Stephannie Beman. For easy reference, here is what that book cover looked like: 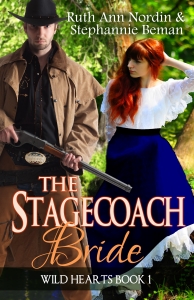 If you have The Stagecoach Bride, contact me through the form below. I will need your email to contact you so be sure to include it. Also, it helps to have a name so I know who to address my email to.

I don’t have a fixed date for this. I typically don’t have a set release date until it’s edited. Right now, I only have the first draft. (I finished the book yesterday.) 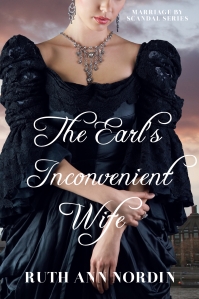 Breaking the Rules is the book that answers “how”. It was a really fun book to write. I brought in Lord Edon and Mr. Christopher Robinson, and at this time, they were bachelors, so it was a treat to go back in time and revisit old friends. Out of all the books I’ve written, those two characters are my top favorites. The Larson family is up on that list, too, but I can get away with stuff with Lord Edon and Mr. Christopher Robinson that I can’t get away with with any other character I’ve ever written. This is one reason I keep bringing these two back whenever I can fit them in.

So this book was mostly a lot of me playing around and just having a good time. Yes, the heroine traps the hero into marriage and she pays for it, but at its core, this book is a romantic comedy. 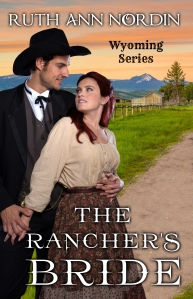 Right now, I’m at the 30,000 word mark for both of these books. The one that gets done first will be slotted for May.

The Duke’s Secluded Bride will wrap up the Marriage by Faiytale Series, and it’ll be my last exploration into romance and gothic fiction for quite some time. The gothic side was fun to explore, but it’s not my overall platform. (Just as writing fantasy or nonfiction isn’t my overall platform.)

Here are the books in the Marriage by Fairytale Series to help jog people’s memory:

The Rancher’s Bride is Book 2 in the Wyoming Series, and it will pick up where The Outlaw’s Bride left off. I think what’s made this story easier to write is the fact that the series plot is pretty much set. Stephannie Beman created the series plot. I can’t take credit for that. When we co-wrote The Stagecoach Bride, I took Lillian’s character and all characters associated with her directly. Stephannie took Mic’s character and the characters associated directly with him (which included his siblings and the family ranch that was stolen from them). The reason Mic, his siblings, and their family friend are hiding out all comes from the series plot. The series is much richer with the plot she created, and I want to stay true to it. Anyway, knowing where I’m going does help to figure out how to best advance the series plot through every scene with each individual book.

For the plotters cheering, I still intend to be a panster. I like the surprises that come up when I start a new book from scratch. The adrenaline rush of discovering something new about a character or a plot twist is why I love writing so much.

As stated above, whichever book isn’t out in May will be out in July.

This book follows Breaking the Rules, and it’s going to be another fun romantic comedy. I don’t know if Lord Edon and Mr. Christopher Robinson will appear in this one, but if I can wiggle them into the plot, I’ll be thrilled to have them make another appearance.

In this book, our heroine’s father arranges for her to marry Lord Valentine who happens to be so incredibly dorky that the heroine can’t imagine kissing him, let alone having children with him. So she is going to come up with a list of things she can do to repulse him so he’ll insist on having separate townhouses. The stuff will be fun and lighthearted. 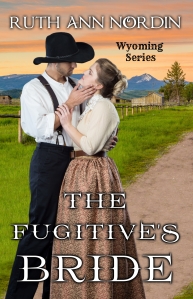 I want this to be the book that wraps up this series, but we’ll see what happens. I have a fourth main character in this series, and my editor wants to see his book. I figure some other people will want to see him marry again after reading about his past, but I think something else might be better. Him re-marrying doesn’t feel right for his particular character.

This book features the third main character and outlaw, Wade, and he definitely needs to marry again after his first wife died. He’s missing softness in his life that only a woman can give him. I’m anxious to get to this book, but I need to finish The Rancher’s Bride first.

I actually do have the book for January 2021 slotted. I can’t put it up on pre-order anywhere yet because the longest I can do for a pre-order is one year. But this is going to be the book I expect to finish up the Marriage by Design Series. 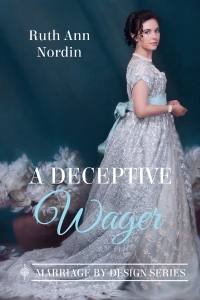 When you read Breaking the Rules, you’ll meet a new character who is Aaron Henry, Earl of Northon. He is very antagonist when it comes to the idea of marriage. I had no idea why he was that way, but I went with my gut and let him be the way he wanted to be. Toward the end of the book, I found out why he’s that way, and that was when all of the pieces fell into place for his book. I had wanted to write his book because he intrigued me. Plus, the heroine is Lilly’s good friend, and she’s so sweet that I wanted her to have a book.

Anyway, the basic plot for this story is that the heroine’s guardian will make a wager with Aaron, and Aaron wins. Aaron expects money, and the guardian delivers, except that the money is a dowry that goes with the heroine when Aaron marries her. The other books in this series are romantic comedies, but this one won’t be, and I’m looking forward to the challenge of taking a hero who doesn’t trust ladies and making him fall in love with one. I’m really hoping for a moment where he gets on his knees and confesses his love for her toward the end, but I don’t know if things will play out that way. A lot of times, what I think will make an amazing scene never ends up in the book. So we’ll see how things play out.

I know that was a long post, but I had a lot on my mind. I’m excited about all of these and am looking forward to the year ahead.

Ruth Ann Nordin mainly writes historical western romances and Regencies. From time to time, she branches out to other genres, but her first love is historical romance. She lives in Omaha, Nebraska with her husband and a couple of children. To find out more about her books, go to https://ruthannnordinsbooks.wordpress.com/.
View all posts by Ruth Ann Nordin →
This entry was posted in Uncategorized. Bookmark the permalink.
Loading Comments...
%d bloggers like this: