I plan to get A Deceptive Wager out in January. That will finish up the Marriage by Design Series, which I have to say is one of my favorites. I’m very pleased by the way the whole thing turned out.

Here’s the series for quick reference: 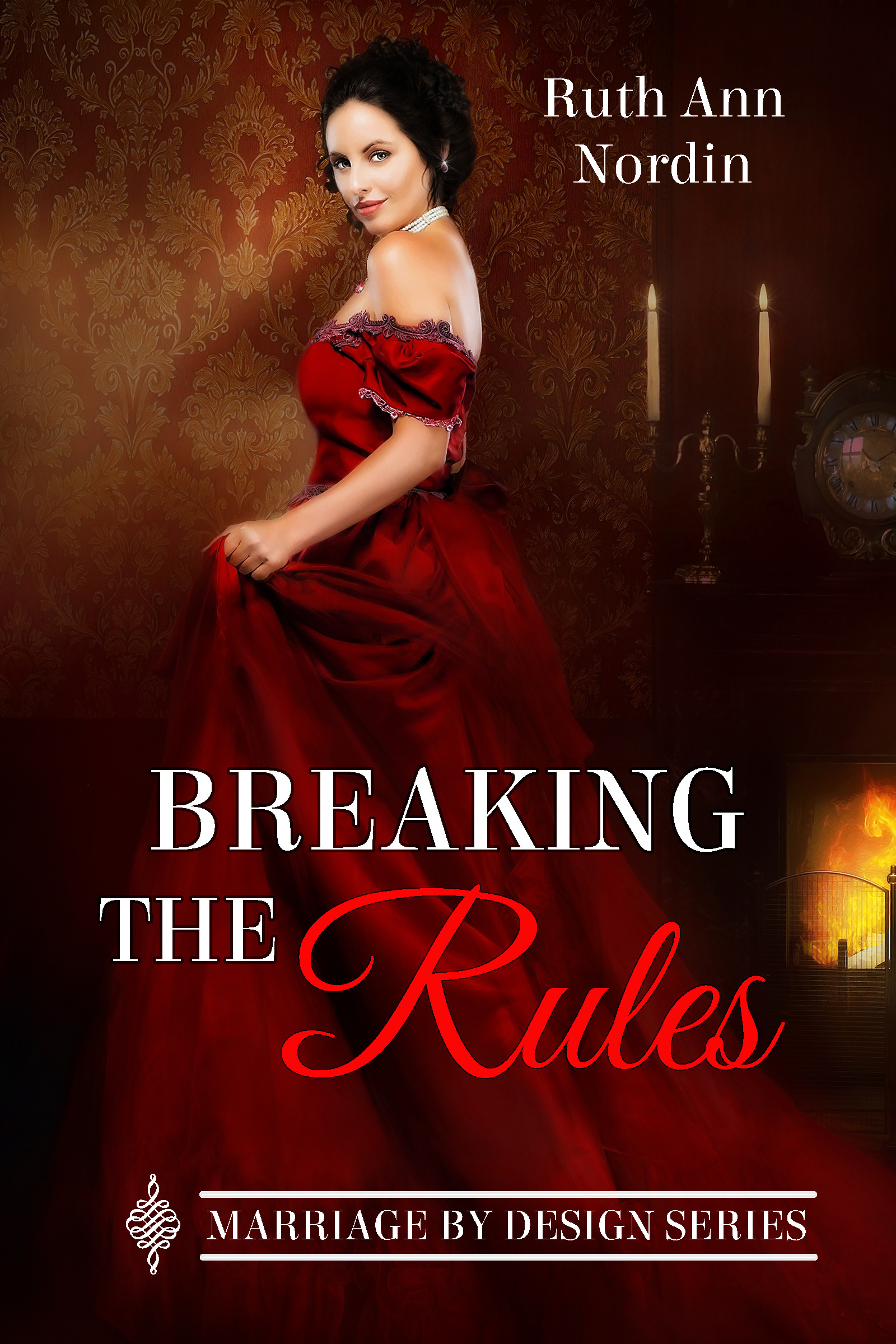 In a previous post, I wasn’t sure if A Deceptive Wager was a more dramatic romance or a romantic comedy. Now that I have gone over it after taking a couple of weeks away from it, I can safely say that is a drama type of romance. It’s more like Breaking the Rules.

Nobody’s Fool has comedic tones to it that make me think of A Most Unsuitable Earl, His Reluctant Lady, and Kidnapping the Viscount.

A Deceptive Wager makes me think of Love Lessons With the Duke, The Perfect Duke, If It Takes A Scandal, and The Earl’s Secret Bargain. These are all books where there was tension between the hero and heroine to some degree, and they had to work through it. So if you enjoyed those books, you’ll probably enjoy A Deceptive Wager.

Now I’m done with A Deceptive Wager (and moving it into edits), I am starting a brand new Regency series. This series will fall between the Marriage by Fate Series and the Marriage by Fairytale Series. I know some authors can write books and series in specific chronological order, but my brain just doesn’t work that way. Sometimes I have characters I want to write about, but it’s best I wedge them between series or even within a series. I’ve given up trying to be like other authors. I’m just going to write the series as they’re ready instead of the exact order they come in.

Regarding A Perilous Marriage, I want Miss Tumilson to be the heroine, and yesterday I finally decided who the hero will be. I’m going to bring in Mr. Charles Duff. I need the kind of hero who is on the serious side, and he qualifies from the things he did in Kidnapping the Viscount.

For those of you who read Kidnapping the Viscount, Charles was the heroine’s brother. He’s not a bad guy. He wasn’t the villain. But he was so sure that Gill didn’t want to be with Heather that he thought he was helping Gill by dragging her back to London. So, I saw his role as a very serious person, and once he thinks something is a certain way, it take a lot to change his mind. That is exactly the right kind of character I need for A Perilous Marriage. I need a hero who is convinced that his friend died because the new wife (Miss Tumilson) murdered him.

I just need to come up with who Charles’ friend was, how he was murdered, and how Charles is going to work his way into the “good graces” of Miss Tumilson so he can get close enough to her in order to find out how she did the crime. Of course, she didn’t. I have no idea what really happened, but I’ll find out when I write the book.

I expect this book to be similar to The Earl’s Scandalous Wife in the tone and feel of it.

Ruth Ann Nordin mainly writes historical western romances and Regencies. From time to time, she branches out to contemporaries romances and other genres (such as science fiction thrillers). For more information, please go to www.ruthannnordin.com or check out https://ruthannnordinauthorblog.wordpress.com.
View all posts by Ruth Ann Nordin →
This entry was posted in Uncategorized. Bookmark the permalink.
Loading Comments...
Comment
×
%d bloggers like this: