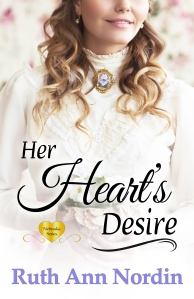 Some men don’t realize the right woman is the one they aren’t pursuing….

As soon as Sally Larson meets Rick Johnson, she knows he’s the one for her.  The catch?  He’s interested in her friend, Ethel Mae.  But Sally has a plan.  With Ethel Mae’s help, she convinces Rick that the only way he’ll get Ethel Mae is to make her jealous.  So he agrees to pretend to be interested in Sally in order to get Ethel Mae’s attention.

But Rick has a trick or two up his sleeve, and Sally just might find that the one playing cat is really the mouse. 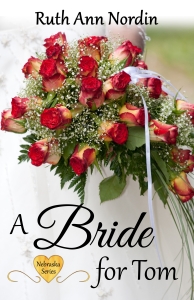 Tom Larson is having trouble finding a wife, and Jessica Reynolds decides to help him overcome his awkward and clumsy manners so he can attract women.

A Husband for Margaret (Book 3) 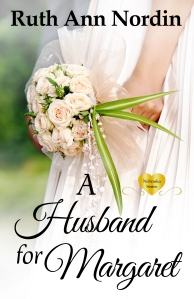 When Margaret Williams posted an ad for a husband, she expected Paul Connealy to arrive. But Paul couldn‘t make it because of a fatal accident. However, Paul had a brother and that brother needed a wife in the worst possible way.

Joseph Connealy jumped at the chance to marry Margaret. Sure, he didn‘t know her, but he saw her ad and figured she‘d suit him just fine. His only hope was that when he arrived, she‘d accept his proposal…and his four young boys that came with it.

Eye of the Beholder (Book 4) 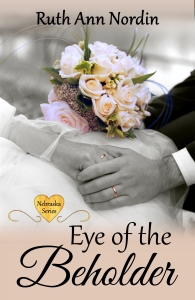 Mary Peters despairs that she will never get married.  At nineteen, she has no prospects of finding a husband, so she takes matters into her own hands and becomes a mail-order bride.  When she arrives in Omaha, Nebraska to meet the man she’s due to marry, he takes one look at her homely appearance and rejects her.

But fate has other plans for Mary.  Dave Larson happens to be nearby and thinks she will make a good wife.  Though she is stunned that someone as handsome and as kind as Dave would ask her to marry him, she accepts.  She knows that this marriage will not bear the fruits of love.  Love, after all, is for beautiful women.  Isn’t it? 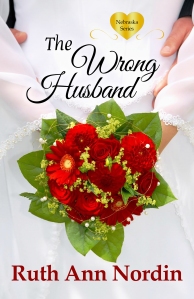 Owen Russell is in deep trouble.  In order to save his aunt from poverty due to a bad gambling problem his uncle had, he wins back the money from the group of gamblers and returns it to her.  Realizing that they want to kill him, he flees from the southern state of Louisiana to Nebraska where he runs into the sheriff who mistakes him for Irving who signed up to be his deputy.

Owen decides that this beats death, because there are wanted posters all over the place seeking his arrest.  So he plays along and pretends to be Irving.  What he didn’t realize is that Irving agreed to marry Jenny Larson.  One look at her tells him that she is beautiful, so he agrees to marry her.  His lies, of course, do keep building and eventually catch up with him when the real Irving shows up. 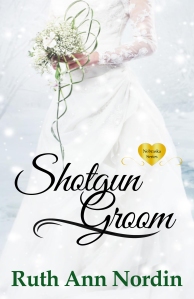 April Edwards, a young widow, is content to manage a farm with her fourteen-year-old brother and a one-year-old daughter. Nothing, after all, could be worse than being married to her deceased husband. Nothing, that is, until her unscrupulous brother-in-law decides to marry her. With no other recourse, April and her brother concoct a plan–one that involves the unsuspecting doctor’s assistant, Joel Larson.

Joel Larson doesn’t want to be married. In fact, he’s perfectly happy with things the way they are, but when he’s sent to check on April’s sick child, things take an unexpected turn for the worse. In one instant, he finds a gun and a mandate to marry April staring him in the face. Can a marriage that begins with a shotgun be just the thing Joel needs or has April just confined herself to another miserable marriage? 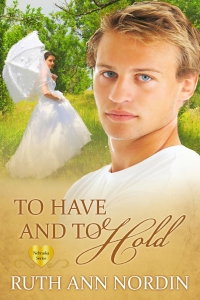 In Eye of the Beholder, Mary Larson left Maine for a new life in Nebraska, a new life that almost ended at the train station if not for Dave Larson. Six years later in To Have and To Hold, Mary’s journey continues. All her dreams for marriage and children have come true, and she couldn’t be happier, until a fateful accident erases her memory…

Now she has to adjust to life as the wife of Dave Larson and mother to Isaac and Rachel. When news of her father’s impending death comes from Maine, Dave suggests they travel to her hometown in an effort to help her recover her memories.

In Maine, Mary will come face to face with the family she left behind. Will her love for Dave be enough to overcome the unpleasant aspects of her past, or will past insecurities keep her from regaining her former happiness? 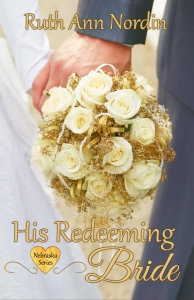 When Sarah Donner learns she’s pregnant, she hopes this blessing will be the thing to make her husband finally love her.  But to her horror, he announces that she will go live with her overbearing mother-in-law.  Weeks before she is due to give birth, they are traveling to her mother-in-law’s when some thieves kill him.

Ready to give birth, she has to rely on the aid of the one man others had warned her about:  Neil Craftsman.  She knows of his tarnished past, and no respectable woman will go near him.  But when she learns her husband left her with no home and no money, she has nowhere else to go but to the one man she’s shunned.

As she gets to know Neil, she learns that there is more to him than meets the eye.  But when his past comes back to haunt him, will her newfound love be enough to redeem him – or will he always be a shunned man? 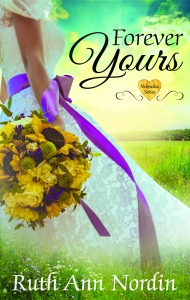 This is Dave and Mary Larson’s third romance. Romance doesn’t have to end just because you get married and have children. In Eye of the Beholder, their marriage borne of practicality led to love. In To Have and To Hold, Mary had to learn to let go of her past once and for all. Now, in Forever Yours, both will learn that a trial can solidify a union when two people are committed to their marriage.

In this book, Dave suffers from a fall from a horse and is confined to the indoors. This will be difficult for him since he’s used to being outside all the time. At one point, he’s going to go out during a storm to protect the animals, and this is where he gets sick. Up to now, Dave has always been the strong one.

I thought it would be interesting to see what would happen if Mary gets to be the strong one for a change. We all have our moments where we face insecurities and fears. I had thought, “What if Dave had to face those things? What would happen?” So that’s what the basis of this book will be like. 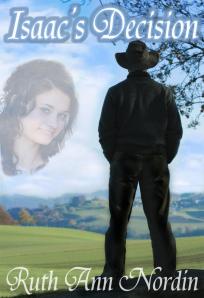 “Stay away from the Craftsman girl.” For the past three years, Isaac Larson obeyed his father, making sure to keep his distance from Emily Craftsman. But day after day, he’s reminded of how beautiful she is and knows she is the only woman who has the power to make his blood boil with desire.

Emily has always pursued what she wants, and she wants Isaac. Determined to find out why he avoids her, she disguises herself as a man and befriends him. Will she find out the secret behind his silence? And, more importantly, can she stop him before he thinks of marrying another woman?