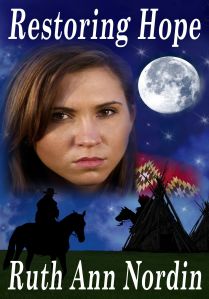 In the middle of the night, a young Mandan Indian woman, Woape, flees her tormentors.

When Gary Milton finds her, he doesn’t know why three Indian men want to harm her.  But he’s sure of one thing: he must save her.  So he does.  Feeling safe with him, she follows him home.

Haunted by her past and stuck in a white man’s world, she clings to him and becomes his wife.  But her past is not far behind, and when it catches up to her, much more is at stake than before.  Will she ever find the peace and security she longs for?  Or will her life be in the hands of her tormentors forever?

A Chance In Time (novella) 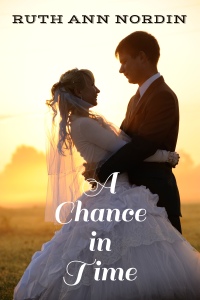 One widow… One time traveler… Two lonely hearts connecting for a moment in time… One day Penelope Jordan finds a man who’s on the brink of death and nurses him back to health. Over time, he brings out the woman that the harsh prairie made her forget she once was, and soon she falls in love with him. But will he stay with her…in her time…or will he return to the future?

Julia Milton has said good-bye to two men in her life. Ernest who was a part of her safe and familiar world, a childhood friend who shared her background. Then there was Chogan who stirred her passion but came from the Mandan tribe-a man who lived a life foreign to her own.

How can she possibly choose between two good men? Will she choose the safe and familiar path or embrace her passions? And what will happen when the loser doesn’t like her choice?

Bound by Honor, Bound by Love

The day Onawa eagerly anticipated has finally come. She is to be Citlali’s wife. But what she doesn’t realize is that his ambitions to be the next chief could be more powerful than his feelings for her. Will she ever find a prominent place in his life, or will she end up taking second place to the tribe?