Here’s more of the story.  🙂  I’m combining a couple scenes today since they were pretty short.

The reason I’m posting this early is because I’m going to be focusing on revising The Stagecoach Bride this weekend instead of working on this blog. 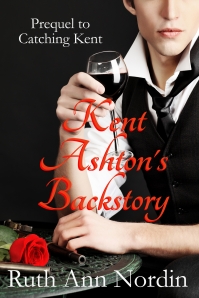 “She’s with my brother,” Agnes Brothers protested, glancing up and down the street to make sure no one overheard their conversation.

“She didn’t want to be with him,” Kent replied.

“But what about Rebecca?  You’re engaged to her.”

“Well, no one around here has been told otherwise.”

He debated how much to tell her.  Of all the people who would know where Ann and Todd went, it would be Agnes, her closest friend.  “Don’t tell anyone, but we have secretly ended the engagement.  We will tell everyone when the time is right, but this isn’t the time.  Understand?  It’s very important you don’t mention it to anyone.”

Though she looked worried, she nodded.

“Good,” he replied with relief.  “Ann said you were the kind of person who could be trusted to keep her word, so I believe you’ll let Rebecca and I tell everyone when the time is right.”

“Even so, that doesn’t change the fact that Ann is with Todd.  You can’t come between them.”

“Is she married to him?”

“I don’t know.  I think so.  The preacher wouldn’t say if they went to his house or not on their way out, but my brother is an honorable man.  He would have married her if he planned to live with her.”

“Or he could have gone out West and told people he married her,” he pointed out, not putting it past Todd to do something like that, and why would Ann disgrace herself by telling people otherwise?  Making another attempt with Agnes, he added, “Surely, Ann told you how much I meant to her?”

After a long moment, she swallowed.  “Yes, but that was back in April, before you broke her heart.  She’s had all this time to be with Todd.”

“It’s only been six months.”

“And six months is enough time for her to fall in love with Todd.”

“No, it’s not.  She told me she would never love him, no matter what.  And I love her.  Circumstances have compelled me to end our courtship, but it wasn’t something I wanted.  I promise you my feelings for your friend are sincere, and I’ll spend the rest of my life making things up to her.”

She shook her head.  “I’m sorry, but I can’t tell you.  Todd’s my brother.  Ann might be my friend, but my first duty is to him and I believe he’s better for her than you’d ever be.” She glanced around them again and tucked her hands into the pockets of her coat.  “Now, please go find a lady more suited for you.”

He watched as she walked away, both disappointed and frustrated.  How could he expect her to tell him?  Todd was her brother.  She’d do whatever she could to make sure Ann stayed with him, even if Ann didn’t want to.  But he also knew Agnes was the person who could lead him to Ann.  He’d bide his time and watch her.  Sooner or later, she’d lead him to Ann.  And he had no trouble waiting.  He’d wait an entire lifetime if it meant he could be with Ann in the end.

Three weeks later, Kent followed Agnes to the train station.  He suspected she was going to see Ann, and if he could find out where she was going, he’d know where Ann was.  With the amount of people gathered around to wish their loved ones safe travel, it was easy enough to blend in with the crowd so she didn’t notice him.

“Excuse me,” he called out to a ten-year-old boy who was standing by the newsstand, eyeing the candy while his parents talked to another couple a few feet away.

“No,” Kent said, offering him a smile, “but I can’t help but notice you’d like some candy.”

“I know you aren’t.  You look like an honest lad.”

He nodded and turned his attention back to the candy.

“You see that young lady standing in line at the ticket counter who’s wearing a green dress?” He motioned to Agnes who was in the line.

He lowered his voice so no one would overhear them.  “If you tell me where she’s going, I’ll give you a nickel.  You don’t even have to talk to her.  Just listen to her tell the man behind the counter where she’s going.”

The boy glanced between her and the candy.  “All I have to do is listen to her?”

The boy headed off for the line and Kent dug out a nickel from his pocket.  Kent watched as the boy got close to Agnes and stayed near her until she left with a ticket.  He straightened as the boy ran over to him, swiftly dodging several people along the way.

When the boy reached him, he gave him a wide, satisfied smile.  “Jamestown, North Dakota.”

He handed him the nickel.  “Thank you.”

The excited boy ran to the newsstand and Kent turned away from him then watched as Agnes headed for the train.  Soon enough, he’d be going to Jamestown.

“Oh, let him go,” Kent’s mother said during dinner that evening.  “Mr. Jeffries is a wise investor.  He might teach Kent a thing or two.”

Kent wasn’t necessarily fond of the idea that his mother had to speak up on his behalf, but considering how reluctant his father was to let him go to New York, he figured she was his best chance.  And all he needed was a couple weeks.  A couple weeks would be sufficient time to travel to Jamestown, tell Ann he would rescue her from Todd in April after his investments matured, and come back.  He wished he had the money to start a new life with her now, but he’d have to bide his time.  They’d have the rest of their lives together.  Half a year was a small price to pay.

He glanced at his father as he cut into his steak.  “Mr. Dawson is letting me take the time off so I can go.”

His father sipped his wine then set the glass on the table.  “I don’t know why you refuse to work for Mr. Johnson.  You’d have a much better job as his future son-in-law.”

“I want to prove I can earn money on my own merit,” he replied.

“You could go farther on Mr. Johnson’s.”

He hid his grimace.  One thing he’d be sure to do when he married Ann was to move far away from Virginia.  Maybe they could go to California.  That was as far west as he could go and make it near to impossible for his father to track him down.  Rebecca and Samuel were making plans to go to Canada where he had a distant relative who could use help with his horses.

“There’s no denying Mr. Jeffries’ advice would be of great benefit to you,” his father finally said, bringing Kent’s attention back to him.  “How long will you be gone?”

“Only a couple weeks.  Three at the most,” Kent replied.

Relieved, Kent continued eating while his parents discussed an upcoming ball they wanted to attend.

Ruth Ann Nordin mainly writes historical western romances and Regencies. From time to time, she branches out to contemporaries romances and other genres (such as science fiction thrillers). For more information, please go to www.ruthannnordin.com or check out https://ruthannnordinauthorblog.wordpress.com.
View all posts by Ruth Ann Nordin →
This entry was posted in Kent Ashton's Backstory, Sunday Story Sample. Bookmark the permalink.