First Draft of His Convenient Wife is Done! (And A Lot of Rambling about Sprinting) 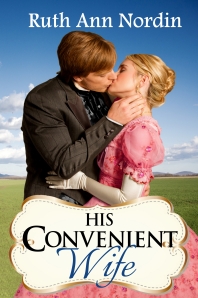 His Convenient Wife was done last weekend, but I was exhausted so I didn’t make the post.  I’ve been on a writing vacation since last Sunday and plan to stay on it for another week or two.

I sprinted Patty’s Gamble, The Earl’s Secret Bargain, and Just Good Friends.  I didn’t really sprint A Royal Engagement because it was a rewrite of a previously published book.  I could not, however, sprint His Convenient Wife, no matter how hard I tried.

What I’ve learned is the sprinting method is great for writing books faster, but it also wore me out.   I was unable to manage more than 2000 words a day by the time I got to His Convenient Wife, and this was starting at 10am and going to midnight.  I needed a lot more breaks during the day.  I had to keep going back and rewriting multiple scenes.  I had to swap scenes around from one place to another and then modify those scenes so they made sense in their new location.

I don’t know if other authors who do sprinting need breaks between books.  Maybe if they outline when they aren’t sprinting, they can keep going.  But no amount of outlining works for me.  I’m not a plotter.   I’m a panster.  I am beginning to believe that teaching someone like me to plot is impossible because no matter how many ways I tried to do it, it just didn’t work.  I was making a new outline every day because nothing went the way I thought it would while I was writing the day before.

So my takeaway advice (for what it’s worth) is to write the way that’s comfortable for you.  And that includes the sprinting method.  Sprinting isn’t for everyone.  I was able to do it, and for two months, it worked great.  I did an average of 5,000 words a day, which meant, I was able to finish a full-length novel in three weeks or less.   If I hadn’t done it, Patty’s Gamble and The Earl’s Secret Bargain wouldn’t have been out this summer.  And I’m happy with the way they turned out.  Then I had the time to get to A Royal Engagement.  Again, something that wouldn’t have been possible had it not been for finishing the other two books.

It took a lot out of me to do it.  By the time I got to Just Good Friends, I noticed my word count was getting to be more about the 3,000 to 4,000 range, and I took a vacation in the middle of the book, which helped me recharge my creative energy.

When I got to His Convenient Wife, I was pretty much running on fumes, but the book is already set for release on November 16, and I need to get it ready for my editing team in early September.  October 1 is when I plan to have it uploaded to Smashwords so there will be enough time to get the book ready on Barnes & Noble and Kobo.  Apple is quick.  But the other two places take longer, so that is why I pushed myself to finish it.

His Convenient Wife turned out to be 77,000 words in the first draft.  A couple thousand words will get trimmed off during the first round of edits, which I’m currently doing.  Don’t get me wrong.  I’m really happy with this book.  It’s one of my favorites.   I went two weeks over my estimated time to finish it because I wanted to make sure I got it done right.

But what I took away from this whole experience is that sprinting (for me) isn’t something I can do all the time.   So when I go back to writing, I’m going to work on a couple books at a time and slow things down.

Next on the list is Love Lessons With The Duke, my part of the novella for A Groom’s Promise, and another book (haven’t decided yet).  I can see sprinting again, but it’s going to be a while before I do it again.

Ruth Ann Nordin mainly writes historical western romances and Regencies. From time to time, she branches out to contemporaries romances and other genres (such as science fiction thrillers). For more information, please go to www.ruthannnordin.com or check out https://ruthannnordinauthorblog.wordpress.com.
View all posts by Ruth Ann Nordin →
This entry was posted in His Convenient Wife. Bookmark the permalink.

5 Responses to First Draft of His Convenient Wife is Done! (And A Lot of Rambling about Sprinting)