N is for No

In my time zone, it’s right before midnight, so I can send it out and catch up.  Tomorrow (Monday), I’ll get to “O”.

You have every right to say no. 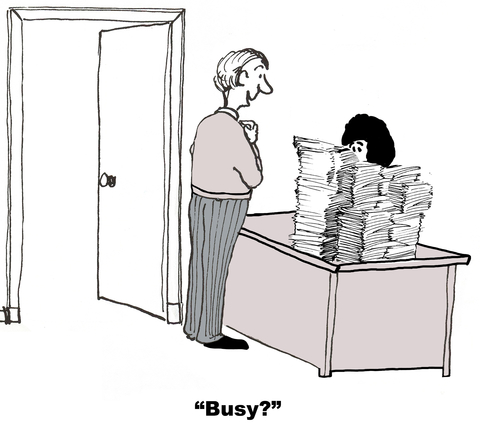 It is okay to say no.  I know, I know.  This is common sense.  But I think it’s worth saying because sometimes we need to hear this.  I know I do.  Even thought I “know” it’s okay to say no, sometimes I’ll feel guilty for saying it.  After all, someone who came to me for a favor is only asking a small thing and I really like this person so I should say yes.  I’d feel like a total jerk if I said no, even if I state it politely and explain why.

I don’t know how many of you feel the same way, but I don’t think I’m alone.  I bet you have good reasons for saying no, but you can still get caught up in the trap of feeling guilty.  But the truth is, you can’t extend yourself to the point where you aren’t able to do what you do best: write.  Writing is our priority.  If we don’t write, we don’t get our book out.

When you are struggling to make time to write, it’s time to cut back.  Knowing what to cut back is the hard part.  In the next post, I’ll try to explain when you should say no.

For this post, suffice it to say that the writer’s first job is to write.  I think non-writers don’t understand that writing is something most of us have to do.  Writing chose us; we didn’t choose it.  We write because the stories are in our heads, and those stories won’t stop until they’re on paper.  It’s not an obsession, exactly, but it’s definitely something that weighs down on us until we do it.  If we don’t write, we’re not pleasant people to be around.

Writing is the best thing we can do for our sanity.  Believe me, you don’t want to be around me when I’ve gone without writing for several days.  So really, saying no to other things so you can write is being kind to yourself and others who have to live with you. 🙂

This post is part of the Blogging from A – Z Challenge.

6 Responses to N is for No