Turning A Villain Into A Hero

Thanks to a comment from another post, I got an idea to discuss the way a villain can be morphed into a hero.  This won’t happen for every single villain.  There are some villains who can’t be redeemed no matter how hard you try because they are so dark.  But there are those you can transform over the course of one book or a series.

Please note: this strategy isn’t the only one at your disposal.  It’s just the one that I noticed while I was discussing imperfect characters. 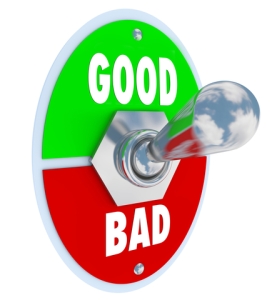 Today, I’ll discuss the evolution of a villain turning into a hero from studying different TV shows and movies that have successfully done this.

First, you present the villain in all their awfulness.

I agree you wouldn’t want to push the line too far.  You don’t want the character to be so incredibly awful that they doesn’t have any humanity in them.  There must be room for redemption.  So be mindful of how horrible you are going to make this character when you present them before the reader.

Second, give the villain’s point of view.

Remember, no human being is perfect.  We all have areas where we’re weak.  So you need to tap into the villain’s weakness in a way that offers a glimmer of sympathy.  It doesn’t have to be something huge.  It can be just a spark.  All you’re doing at this stage is opening the door that will allow the villain to transition from a villain to a hero.

Third, show a redeeming quality or two that still exists within the villain.

Redeeming qualities come in many shapes and forms, so you have to think wide on this one.  So think broad when considering what redeeming quality is in the character.  The character is still a villain at this stage, but the possibility of this villain becoming a hero is opened to the reader.

You can choose to show this from the villain’s point of view.  If you choose this method, the reader is the one who has to come to the conclusion that there is a redeeming quality in the villain.  This requires the reader to take the thoughts and actions of the villain and deduct, “I guess the villain isn’t so bad after all.” The villain isn’t going to be thinking, “Hey, I guess I do have some goodness in me.” The villain can be conflicted.  There can be a struggle with him that he’s aware of, but it should be the reader who comes to the conclusion that the villain is in the process of becoming a hero.   For example, in the movie Megamind, the villain sets out to make a new hero he can fight in epic battles because he gets bored by having everything.  He’s not aware that he is going something good by creating the hero.  His motives are selfish, but in creating a hero and then training the hero to defeat him, he is actually showing a redeeming quality.

You can also show this redeeming quality from the point of view of  a character who knows the villain.  This character can be anyone in the story.   If you choose this method, then the purpose is to shed light on the goodness that exists (deep down) in the villain, and it will be the character who realizes the villain isn’t all bad.  The character is the one who reveals the potential for goodness to the reader.  For example, in the TV series Bates Motel, the sheriff initially comes off as the villain until the point in the first season where he is willing to lie about a crime in order to protect our main characters (the heroine) because he knows she was trying to protect herself and her son.  This way, she avoids going to prison.  Now, it’s not really the audience who has to realize this because the heroine comes out and says it when she talks to her oldest son about it.

Fourth, present someone even worse than they are.

I’ve been surprised by how well this tactic works in TV shows and movies. I can hate a certain character, but since I am already familiar with that character, when someone worse comes along, I start to root for the original bad guy. There is something psychological about this tactic. I think familiarity with a character bonds the reader to him on a subconscious level.  So once you establish the villain has something redeemable about him, you can introduce someone even worse so the villain looks even better.  The key, of course, is that the second villain is a lot worse than the one the reader is already familiar with.

Fifth, the villain starts making choices that make him a hero.

There are a wide variety of options to go with this one, but I’ll use Megamind as an example.  Megamind created the hero to be the good guy that would put him in jail for being bad.  But then this new hero turned out to be the kind of person who wanted to steal and hurt people.  This new hero didn’t want to be a hero, after all.  This made him the second villain.  Megamind, for all his faults, was pretty harmless.  He never set out to hurt people.  The second villain, however, was perfectly willing to hurt people in order to get what he wanted.  This forced Megamind to change his tactics and save the people of the city.  The more decisions he made toward this goal, the more of a hero he became.

The process of choosing the right choices is usually done with some reluctance.  The first villain, after all, was used to be bad.  But overtime, it gets easier and easier to keep making the right decisions.

Sixth, the villain is now a hero.

The first villain will probably defeat the second one, and by that time, the first villain is no longer a villain at all.  He has completely redeemed himself.   The evolution of the villain from bad guy to good is now done.

One thing I will add is that the villain doesn’t always have to succeed once he does become a hero.  There are instances where he is defeated by the second villain.  For example, in the TV series Bates Motel, the last season ended with the sheriff (our villain turned hero) going after the second villain (who was a hero turned villain).  If you have seen the movie Psycho, you know the second villain wins.  He has to win because he ends up killing the woman who comes to his hotel.

So whether or not, your first villain will have a happy ending depends on the type of genre you’re writing.  In romance, if the villain becomes a hero, then he must defeat the second villain (or the second villain must also become a hero).  Romances are all about happy endings.  However, with other genres, you get your pick.

What are your thoughts about villains?  Are there other strategies you’ve seen at work when it comes to making the villain a hero?

8 Responses to Turning A Villain Into A Hero