A Message from the Larsons: Boycott Ruth Ann Nordin’s Books 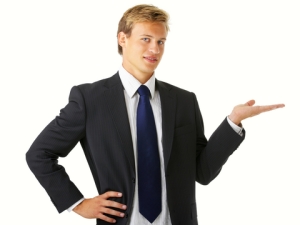 Dave: We come to you to bring to your attention something horrible that’s happened.  Our author, Ruth Ann Nordin, has turned her backs on us to make an utter fool of herself to some weirdo named Hades.  You can find the offensive letter here.  What we are asking is for everyone to boycott all of her books until she apologizes for treating us, her own characters, as if we don’t matter.

Joel: You mean, you finally made an appearance?

Richard: I’ve been in a few of the Nebraska books.

Joel: But we’ve never seen you.  You’ve never come to this blog before.  It’s like you kind of existed but no one really gave you much thought.

Richard: That’s not fair.  A couple of her readers wondered if I’d ever get my own book, and since she decided to write one, I became more relevant.  I am not like that older brother on Happy Days who showed up in the first couple episodes and disappeared.

Dave: Well, there won’t be any more Nebraska books unless she comes groveling at our feet for tossing us aside for Hades.

Tom: I don’t know if she tossed us aside.  I mean, she mentioned writing books if Hades agreed to ditch Persephone and take her to the Underworld.  I assume if she planned to keep writing, she’d write books about us and our children.  Last I heard, she wants to do at least 30 Nebraska books.

Dave: Tom, you are so trusting, always believing the best in everyone.  If she goes to the Underworld, she’ll lose that WiFi connection she was talking about.  She can’t even go to the park three blocks away from her house without losing it.

Tom: What if Hades has Internet?

Dave: You’re steering this post completely off topic.  We’re here to demand that Ruth sends out an apology at once or else her readers will boycott her books.

Tom: Boycott for what reason, though?  She still plans to write Nebraska books.  In fact, she started Forever Yours (your third book, might I add) yesterday. 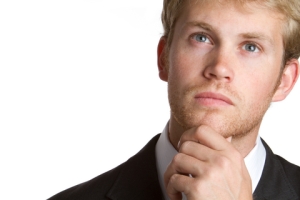 Joel: It’s not about the Nebraska books, Tom.  Dave’s miffed because she went all crazy over Hades instead of him.   Had she written Dave that letter, there would have been no problems.  Dave just can’t handle being out of the spotlight.  I’m starting to feel like we’ve been brought here under false pretenses.  I, for one, didn’t know she was going to keep writing in the Underworld.  The memo Dave sent me said she was going to quit writing to run off with some guy who doesn’t know how to put on a shirt and thought he looked cool holding a fake sword.

Richard: You know, you hear about the youngest being the spoiled one, but in this case, it’s Dave.

Richard: Yes.  You have two books now and will have a third.  I don’t even have mine yet!

Dave: Because you never do or say anything interesting.  You’re just kind of…there.  Do we even really know you?  No.  You’re a prop.

Joel: Yep, and now he’s bringing you here to prop up his stupid boycott.  You know, I got better things to do with my time.  People are sick and in need of a doctor.  I’m out of here.  *leaves*

Dave: Joel’s always been difficult.  Remember all those years when he ran off and hid so he wouldn’t have to do work on our parents’ farm?

Richard: I’m a prop, huh?  I have no purpose?  I’m just sort of there but not?  I don’t need this.  I hope no one reads your stupid books, Dave.  If Ruth wants to run off to another planet with the king of the martians, I’ll let her.  *leaves*

Tom: Unlike Joel, I read the letter Ruth wrote.  We’re not in any danger of losing our place in her life.  She wrote (and I quote), “I have lots of books to write and I’d love to spend an eternity to write them.”

Dave: Oh yeah.  I forgot that.

Ruth: I think it’s time we did something about that ego of yours, Dave.  Thankfully, we have Forever Yours to do that.

Dave: What?  What are you going to do?

Ruth: I’m going to adjust your attitude so next time when come onto my blog, you won’t be spreading all these lies about me.

Dave: But you were going to go to the Underworld.

Ruth: Give me a break.  I knew how My Lord Hades ended.  Persephone stayed with him.  I wrote the letter for fun because Stephannie Beman made a tabloid post and we thought it’d be fun if I made up a fan letter.  Seriously, I expected my husband to throw a fit, not you.  Before you upset me even more, I’m going to end this post.  Ah, characters who get an attitude…  😉

25 Responses to A Message from the Larsons: Boycott Ruth Ann Nordin’s Books