Changing the Name to The Earl’s Inconvenient Wife, got a working cover for Richard Larson’s romance

Thanks to all your input, guys.  😀  I am changing the title of An Inconvenient Wife to The Earl’s Inconvenient Wife.  I’ll put the new cover up to reflect this change.  I agree with everyone who said it helps people know what kind of romance this book is and that it sounds better when you say it.

I got a working cover for Richard Larson’s romance.  I don’t really have a plot yet, except he marries Amanda, not because he loves her but because he’s saving her from a bad situation.  I hinted to this toward the end of Her Heart’s Desire when Sally talks to Richard and Amanda (which you’ll read when that book is out).

You see, in Eye of the Beholder, Sally told Mary that Richard and Amanda left because her parents had died.  The truth is, they didn’t die.  But it’s what Richard tells his family because she doesn’t want anyone to know the truth.  (By the way, no one ever does find out.)

I’m thinking he was in love with someone else (but not in a relationship with the other girl) when he married Amanda so he could take her with him to Nebraska.  I’m also thinking Amanda is already in love with him but feels guilty that her situation made it necessary for Richard to marry her instead of the other girl.

The details will be worked out as I write the book.  I’m not saying I’ll write the book right now.  I am currently working on The Earl’s Inconvenient Wife (which I’m thankfully back on track with) and do want to get back to Bound by Honor, Bound by Love.

Anyway, here’s the working cover I have for Richard and Amanda’s book:

(By the way, if anyone has a better title, please let me know because so far this is the best I got.) 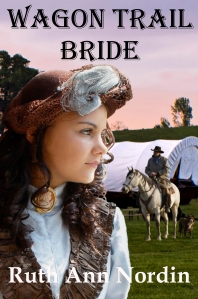 12 Responses to Changing the Name to The Earl’s Inconvenient Wife, got a working cover for Richard Larson’s romance