Well, word got to Boaz about the interview I had with my husband, and as I suspected, Boaz wants to give his side of the story.

Boaz: I wasn’t sure if I should come on today.  I mean, I’m not even the main character in Mitch’s Win.  I’m just his brother.

Ruth: That doesn’t matter.  As long as you’re willing to talk, I’m happy to have you on.  It gives everyone a nice break from my posts where I just give updates on what I’m doing.  It’s good to mix it up a bit with different types of posts.  So, in your email to me, you said you had something you wanted to tell my husband? 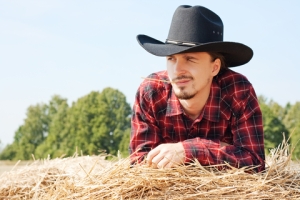 Boaz: Yes, you’re right.  I do have something to say.  I understand I make him uneasy in Mitch’s Win because I did a lot of crying, but life isn’t always pretty.  There are some unpleasant things that happen in this world.  Just because they aren’t pleasant, does that mean we should shove it under the rug and pretend like it never happened?  I lost my wife during childbirth, and the worst part of the experience was that she kept begging me to save her and I couldn’t.  So not only did she die, but I kept thinking there must have been something I could have done but didn’t.  It took a long time before I came to grips with the fact that I did all I could and the rest was out of my control.

Ruth: I got to tell you, after hearing that, I think this is going to be a serious post.  I haven’t done an interview that wasn’t funny before.

Boaz: So?  You just said you like to mix things up and do different types of posts.  Well, this can be the time you write an interview that isn’t funny.

Boaz:  But it’s not all gloom and doom.  I mean, you plan to write my book.

Ruth: Yes, and I’m not going to call it “Boaz Weeps Again”.  I’m calling it “Boaz’s Wager”.   That’s where you’ll have your romance.  But in order to appreciate how things will be for you in that book, I thought it was important to show where you were in Mitch’s Win.  I like to show characters who start out in a bad situation and change things for the better.

Boaz: Because where you’ve been isn’t as important as where you’re going.

Boaz: But this whole thing about me and my role in the book isn’t fair to Mitch and Heather.  It’s their book, not mine.

Ruth: Don’t sell yourself short.  You have a pivotal role in the book.  There’s a reason you were my favorite character.  Anyway, so while I have you here, what’s your favorite scene in Mitch’s Win?

Boaz: Yeah.  After all Mitch has done for me, it was nice to see him happy.  Things didn’t always go his way.

Ruth: It sounds like you and Mitch have a good relationship.

Boaz: Growing up, yes, and at the end of the book we do.  But I have to tell you there was the time in between that was iffy.  Now, that doesn’t mean we didn’t get along.  It’s just that after Hannah decided to marry me instead of Mitch, thing were strained a bit.  But you know, Mitch is the type who doesn’t let the past get in the way of things, so we were always on speaking terms.  It was just strained for a while, that’s all.  Then Hannah died, and that’s when everything went downhill for me.  When it went downhill, it went downhill fast.  One night of drinking to numb the pain turned into a second night and then a third.  I don’t even remember how I ended up drinking all the time.  But even then Mitch was there to help me.  Mitch is the type who gives to others without a thought to himself.  There were many times when I wished I was like him.

Ruth: You don’t need to be Mitch to be the hero, Boaz.  When we get to your book, I think you’ll find that the best person you can be is Boaz, not Mitch.  Mitch has his strengths, and so do you.  The thing is, your strengths are different, and there’s nothing wrong with that.

Boaz: It’d be nice to do things right for a change.

Boaz: Would you do me one favor before we end this post?

Boaz: Can I see who the heroine in Boaz’s Wager is going to be?

Ruth: Sure.  She’s Eva Connealy.  She is the youngest child born to Joseph and Margaret Connealy (the couple featured in “A Husband for Margaret”).  She had a small role in Isaac’s Decision.  She’s the school teacher who had a crush on Isaac Larson, but Isaac ended up with Emily Craftsman instead.

Boaz: Doesn’t she belong in the Nebraska Romance Collection?

Ruth: After much debate, I decided to put her in the Montana Romance Collection.  I was going to originally put you in the Nebraska collection, but it turns out it’s easier to keep you in Montana and to have her come up there.

Boaz: What is she doing in that picture?

Ruth: Oh, she’s getting ready for the book.  She insisted on creating her own wardrobe.  Apparently, the clothes I selected weren’t up to her standards, whatever that means.  Something about lacking historical authenticity, blah blah blah.  I just let it go in one ear and out the other.

Boaz: She’s not going to think she’s too good for me, is she?

Ruth: Honestly, I have no idea what her initial impression of you will be.  It’s obvious she’s somewhat of a snob from her role in Isaac’s Decision, but that might have been a cover for insecurity.  *shrugs* Until I start writing her point of view in your book, I won’t know how things will go.  All I know is that you two will be happy in the end.

Boaz: Oh.  Well, as long as I know the end is going to be a good ending, I guess I can handle whatever will come my way.  When will you start my book?

Ruth: Tonight.  But I’m going to start off slow because I still have Mitch’s Win to polish up and Runaway Bride to finish before the month is up.

Boaz: So when is my book going to be out?

Ruth: Well, that depends on how easy you and Eva are to work with.  If everything goes smoothly, I expect this fall to be the publishing time frame.  But if you two don’t tell me what to write next, then it’ll take longer.  It all depends on what you guys do.  Mitch’s Win took me a year and a half because no one could figure out what to do next.  It was annoying.

Boaz: I’ll try to be an easy character to work with.

Ruth: Let’s end this post so I can get started.  🙂

Ruth Ann Nordin mainly writes historical western romances and Regencies. From time to time, she branches out to contemporaries romances and other genres (such as science fiction thrillers). For more information, please go to www.ruthannnordin.com or check out https://ruthannnordinauthorblog.wordpress.com.
View all posts by Ruth Ann Nordin →
This entry was posted in Boaz's Wager, character interview, Mitch's Win. Bookmark the permalink.