I’m done with the first draft of Runaway Bride! 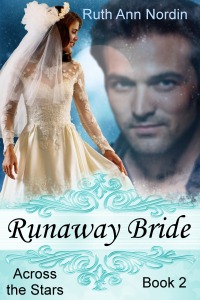 It was hard to end the book because I didn’t want it to end.  LOL  I had so much fun with this one.  It’s not a comedy, but it was just so easy to work with the characters, and I discovered why Caitlyn and Lexie’s mother was the way she was in Suddenly a Bride.  It turns out, she wasn’t that bad after all.  🙂  And of course, I had a few scenes with Chris and Caitlyn to see how they were doing and even added a couple with Sandy to give her a proper lead in to her book (His Abducted Bride).

I might get this question, so I’m addressing it now.  I do have plans to fix up Blake (Caitlyn and Lexie’s brother), but I want to put him in with the Florida Romance Collection.  The first book in that series is Substitute Bride (featuring Kevin and Alexandra).  So he’ll fit in somewhere with one of the characters in that series, and it will allow me to give an update on Caitlyn, Lexie, and Sandy at a later date in their lives.  😉  I don’t have any immediate plans to write his book, though, so I have no idea when that will be written.

His Abducted Bride is coming along nicely. 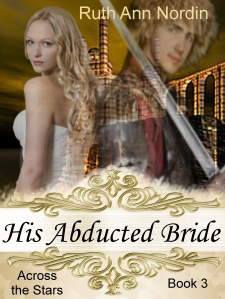 I’m really happy with the way this book is progressing.   I’m currently at chapter ten, so I’m getting close to the halfway point. 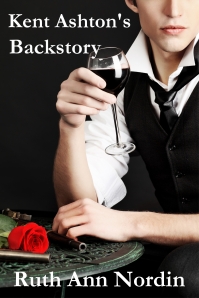 I’m doing this as inspiration and time permits, but I have added a couple more scenes.   On Monday, I posted a new scene I just wrote and plan to post another scene or two this upcoming weekend.  But his story is far from done so more will be coming in the future on this blog.

His Reluctant Lady (original title is back) 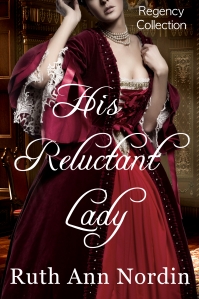 I know I run the risk of confusing people by switching Blackmailing the Countess back to His Reluctant Lady, but it occurred to me I’m safer keeping the original title because I put the description and title for this book at the end of A Most Unsuitable Earl, and to be honest, I don’t feel like going back to the book to update the “Coming Soon” section.  So the title His Reluctant Lady stays.  🙂

Other Books I’m Working On

I have started Patty’s Gamble but am not far into it.  I plan to start up The Earl’s Scandalous Wife and Boaz’s Wager soon, too.  I am using this week to get as much written for His Abducted Bride as I can.  I’ll also need to do the initial edits of Runaway Bride now that I’ve finished the first draft.  I am best focusing on three books (at max four) at one time.  Once His Abducted Bride is done, I plan to give my full attention to The Earl’s Scandalous Wife, His Reluctant Lady, Patty’s Gamble, and Boaz’s Wager.  At the moment since I am not finished with His Abducted Bride, I will need to focus on that book.  While I am finishing His Abducted Bride, I do plan to make some word counts in a couple of those books as inspiration strikes.

Ruth Ann Nordin mainly writes historical western romances and Regencies. From time to time, she branches out to contemporaries romances and other genres (such as science fiction thrillers). For more information, please go to www.ruthannnordin.com or check out https://ruthannnordinauthorblog.wordpress.com.
View all posts by Ruth Ann Nordin →
This entry was posted in Blackmailing the Countess, Boaz's Wager, His Abducted Bride, His Reluctant Lady, Kent Ashton's Backstory, Patty's Gamble, Runaway Bride, The Earl's Scandalous Wife. Bookmark the permalink.

6 Responses to Updates on What I’m Working On