Ever wonder, “What would that book be like if someone else was the hero?” Well, that’s what I’m doing in this post.  🙂

I’m taking one scene from His Reluctant Lady, His Abducted Bride, and Eye of the Beholder and I’m going to swap heroes.  I’ll be using their personalities to see how things would be different.  I’ll be doing this for a couple weeks.  During or after that time, I’ll give Dave Larson, Christopher Robinson, and Gavin Blackheart a chance to give their thoughts on this swap.  While the men wanted to keep their heroines, I decided to make it much more interesting.  The men will have to interact with the other guy’s heroine.

This week, we’re going to look at a scene from His Reluctant Lady.  I’ll use Gavin (King Blackheart) in today’s post.  The scene I’m doing today is based off this one I posted on Sunday.  Ready to have some fun and see how Gavin handles the Regency time period? 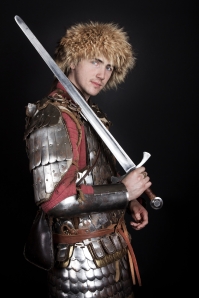 Without further ado, I give you…

Seeing that Lady Richfield hadn’t moved from her spot, Gavin made his way over to her and cleared his throat.  She inclined her head in his direction but maintained eye contact with the gentleman talking to her and her sister.

“Oh yes,” Lord Thomas said, “I’ve been on an elephant and a camel.”

“But isn’t that dangerous?” her sister asked, her eyes wide and excitement in her voice.

“Of course it is, but I don’t see the point in playing it safe all the time.  A person has to enjoy life to truly live it,” he replied.

“I suspect you’re not the only person who shares that philosophy,” Lady Richfield said, glancing at Gavin.

Gavin nodded.  “Exactly.  Being safe all the time can be boring.  I can’t say I’ve ridden an elephant or a camel, but I did ride a dragon once and that was an experience I’ll never forget.”

“A dragon?” her sister asked in excitement.  “That’s the most impressive thing I’ve ever heard.”

“And dangerous,” Lady Richfield muttered under her breath.

“And absurd,” Lord Thomas replied with a chuckle.  “Dragons don’t even exist.” He turned to her sister.  “Care to dance?”

Despite the slight shake of Agatha’s head, her sister accepted and hurried off to dance with him.

Before Lady Richfield could step away from him, Gavin extended his arm and said in a tone loud enough for those around them to overhear, “I am here to answer all your prayers, my lady.  Light on my feet and graceful, I promise to be.  Stepping on your feet is something you’ll never have to fear from me.”

She stared at him for a moment as if she couldn’t believe he’d offer such a ridiculous rhyme but sighed and placed her hand on his arm and let him escort her to the dancing area.  “The sooner we do this, the sooner it’ll be over.”

“You haven’t danced until you’ve been with a king or a warrior, and I happen to be both.”

She pretended to yawn.

“The lady is not easily impressed.  Interesting.”

She released a loud sigh.  “Is there something you want from me?”

“Yes.  I want you to tell Mister Robinson and Mister Larson that I am the most desirable hero you’ve ever been with.”

She laughed and shook her head.  “I don’t enjoy the company of any gentleman, and that includes a king and warrior.  You gentlemen are all the same.  You think you’re the best thing that’s ever happened to the heroine when the truth is, you’d be nowhere if it weren’t for her.”

“That’s not true.  We wouldn’t be anywhere if it hadn’t been for our mothers.  They’re the ones who gave birth to us.”

“Not in your case.  You were created by the heroine in your story.”

“I stand corrected.  I am the exception.” He turned with her and grinned.  “I hear Mister Robinson is relentless in his pursuit of you.”

“Yes.  He wants to marry me so he can be miserable.”

“You are much too bold.”

“Not as bold as some of the stuff you all do in the Regency era.  Gentlemen taking mistresses, ladies taking lovers after the heir is born, and other things that I’d rather not say in this scene.  Think what you will of my boldness, but at least I will take one queen and be faithful to her.”

“Not all of us do those things.  Besides, isn’t it customary for a king to have a mistress or two on the side when the mood suits.”

“Good point.” He laughed and turned with her.  “Now I see why Mister Robinson is so enchanted with you.  You won’t let him get away with anything.  As soon as he steps out of line, you’ll let him know it.”

“Sounds like something a child would do.  A mature adult, on the other hand, strategizes and wins the heart of his lady.”

“And you think a strategy works for all ladies?”

“Yes, it does as long as the gentleman picks the right one.” The music came to an end and he bowed.  “Good luck on staying single.”

Ruth Ann Nordin mainly writes historical western romances and Regencies. From time to time, she branches out to other genres, but her first love is historical romance. She lives in Omaha, Nebraska with her husband and a couple of children. To find out more about her books, go to https://ruthannnordinsbooks.wordpress.com/.
View all posts by Ruth Ann Nordin →
This entry was posted in His Reluctant Lady and tagged gavin, hero swap, king blackheart. Bookmark the permalink.