After reading the sample from The Earl’s Scandalous Wife, Nate (aka Lord Roderick) was so upset he wrote me this letter: 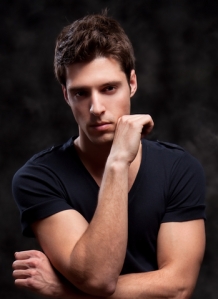 Lord Roderick who has no sense of humor

To the author who  thinks getting her heroes trapped in marriage is funny,

Perry has been my friend since childhood.  He’s made it a point to lead a very honorable life free of any scandalous activity.  He’s had to bear with that irresponsible ward Christopher for years, and he’s done so with the patience of a saint.  And now you force him out on the veranda and make him an unsuspecting victim of a money-grubbing…  Well, you know what word I mean.  The point is, you have damaged his reputation.  I insist you go back and rewrite this book at once.

Perry: No, I don’t want Ruth to rewrite the book.

Nate: Have you lost all common sense?  This is the very thing you worried Christopher would do.

Perry: But this isn’t Christopher’s book.  It’s mine.

Nate: Are you saying you approve of this?  She’s made a fool of you.  You didn’t get to pick your wife.

Perry: You didn’t either.

Nate: Which is the point of me calling Ruth “the author who  thinks getting her heroes trapped in marriage is funny.” It’s not funny.  Not one bit.  In fact, it’s insulting.

Perry: I wouldn’t call it insulting.

Nate: Then what would you call it?

Perry:  Indeed.  Paula is a very beautiful lady and she chose me to create a scandal with.

Christopher: Which is why you didn’t have a hand in the scandal.

Nate: Perry has better things to do than get caught up in a scandal.

Christopher: See?  If it weren’t for me, he’d still be looking for a wife.

Perry: I wouldn’t go that far.

Christopher: You didn’t get anywhere for the past five Seasons.  Had you been a lady, we would have confined you to eternal spinsterhood.  This way, we finally got the matter resolved and you can go on without blaming that blasted cane of yours for not finding a wife.

Perry: A lot of ladies are put off by the cane.

Christopher: Oh, they are not.  It’s all in your mind.  You use that cane as a crutch to explain why no one wants to marry you.

Nate: *snorts* And I suppose you’re so brilliant, you know why that is.

Christopher: No need to apologize.  You can’t help it.  It’s in your blood.  But don’t worry.  Paula will be good for you.  In fact, she’s perfect.  She’s willing to marry you.  That makes her ideal for you.

Nate: But why does she want to marry him?

Christopher: Does it matter?

Nate: Of course, it matters.  Intent is everything.

Perry: It is possible that she could find me interesting.

Christopher: Considering she only spoke to you for two minutes before she kissed  you and sealed the marriage, I’d say she might have found you interesting.  Any longer than that, we’d all know that wasn’t the case.

Nate: Something else is up.  I don’t trust any of it.

Perry: Whatever it is, I’m sure she has a good reason.

Nate: You’re so trusting, Perry.  This is exactly why Christopher got away with as much mayhem as he did while he was your ward.

Nate: Because of me.

Christopher: In spite of you.  I feel sorry for your wife, Lord Ironfist.  To think of what she endures being married to you.

Perry: Enough, you two.  All you ever do is bellyache when you’re around each other.  It’s bound to drive someone crazy.  I think the whole point is that I actually don’t mind be subjected to a scandal because it has nothing to do with bailing Christopher out of trouble.

Perry: Yes.  Seriously.  Unlike you, I don’t mind it when an attractive lady kisses me.

Nate: Claire didn’t kiss me.  She fell on top of me.  The whole thing looked like it was something it was never supposed to be.

Perry: And some people still don’t believe that.

Christopher: I do.  Claire never would have picked him if she’d been given an actual choice.  He followed her onto the veranda and harassed her.  The poor lady was at her wits end when she tripped in an effort to get away from him.

Nate: How I wish Ruth would have killed you off with some freak horse riding incident.

Perry: Give it a rest, both of you.  I swear, when you two are in the same room, no one gets a moment of peace.  And what you two think is irrelevant.  I’m going to marry Paula and that suits me just fine.  Unlike Nate, I’m not going to hold a ridiculous grudge and make her miserable while I accuse her of ruining my life.  Unlike Christopher, I’m not going to blackmail her into doing anything she doesn’t want to do.  I’m going to do things the right way.  *walks away*

Christopher: If he so willingly accepts it, I wonder what the actual plot of the book is going to be.

Nate: I guess we’ll have to read it to find out.

Christopher: I get more pages in the book than you do.

Christopher: The author likes me better.

Nate: Or maybe you’re a pain in the hind end and keep inserting yourself into filler scenes that don’t advance the plot.

Christopher: You wish.  All of the scenes with me make the book way better.

*post comes to a close as the two continue to argue*

Ruth Ann Nordin mainly writes historical western romances and Regencies. From time to time, she branches out to contemporaries romances and other genres (such as science fiction thrillers). For more information, please go to www.ruthannnordin.com or check out https://ruthannnordinauthorblog.wordpress.com.
View all posts by Ruth Ann Nordin →
This entry was posted in character interview, The Earl's Scandalous Wife. Bookmark the permalink.