Okay, so under my pen name, Barbara Joan Russell, I have written a novella titled “Online Proposal” in the Bride by Design anthology I’m doing with Catherine Lynn.  This will be out in mid-February, in case you’re interested.  It is a sweet contemporary romance that is loosely based off my real life since I met my husband through a series of emails.  (We met through AOL Personal Ads.  I don’t know how many of you remember those, but this was in the 1999 to 2000 time frame).

All that aside, while I was writing “Online Proposal”, I thought I’d take one of the commercials Ryan Jackson came up with in With This Ring I Thee Dread and have some characters discuss in this story.  This commercial involved a man who wanted to propose to his girlfriend but was so nervous, he sent a dog with a ring to do it for him.  Ryan does this once he starts to understand what women find romantic.

Below is the scene where he is forming the idea for the commercial:

A thought came to Ryan out of nowhere but he quickly developed it before it slipped his mind. What if there was a friendly, cuddly dog in front of [a woman] and that dog was carrying a small box around his collar? In that box could be an engagement ring with a proposal. Women had a hard time resisting cute animals. Perhaps the man who intended to propose had thought up a million ways to pop the question. Too nervous to go to her in person to ask it, he got his dog to do it for him. She could be wearing a white dress. It would be symbolic of a wedding. Women found weddings romantic since it was the joining of two people who loved each other and the dog would be cute and funny. He wrote his thoughts down on the paper before he lost his creative edge. 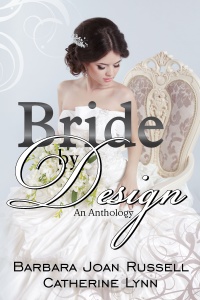 The combined bridal showers were nice. The women who came out seemed like people Colleen would like to know. At the moment, Dot was telling them about her roles in several commercials.

“My favorite commercial was the one for an engagement ring,” Dot told the group. “It combined jewelry and romance, and it had a cute little story with it.”

“I saw that one,” one of the young women, probably about twenty, said. “There was a dog wearing a tux who brought you the ring.”

“Right,” Dot replied, seeming pleased that the woman had seen it. “The boyfriend was too bashful to do it himself.”

“I liked it because of the dog,” Millie said.

The group chuckled, and Colleen looked over at Sadie again, wondering if her friend agreed that this bridal shower was more about Dot than it was about either of them. Sadie rolled her eyes. Holding back a giggle, Colleen turned her attention back to Dot.

“The dog was adorable,” Dot agreed. “It took forty-two takes for it to bring me the ring, though.”

Anyway, I thought some of you might enjoy knowing there’s a small part of “Online Proposal” that was inspired from a book I’ve done in the past. 😀

Ruth Ann Nordin mainly writes historical western romances and Regencies. From time to time, she branches out to contemporaries romances and other genres (such as science fiction thrillers). For more information, please go to www.ruthannnordin.com or check out https://ruthannnordinauthorblog.wordpress.com.
View all posts by Ruth Ann Nordin →
This entry was posted in Bride by Design. Bookmark the permalink.