For the past couple of days, I’ve been retraining my mind to think the way I used to before I started writing to market. I made some surprising discoveries that I didn’t even realize about myself as a writer. 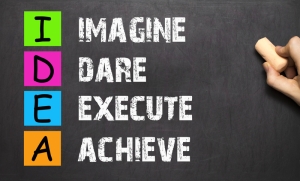 For one, I like to start sentences with “And” and “But” a lot. This annoys some people, but I notice it’s something that helps me get into the story faster, and it helps my voice flow along easier. If I don’t have to stop and think about the way I’m wording sentences, I feel freer to concentrate on the actual story. I’m actually more relaxed when I’m writing. I didn’t realize that worrying over word usage during my writing made me feel so tense. I’m also allowing a little bit of “modern” language come back into the story. That’s been one of the biggest complaints I’ve gotten in my work. “Sounds too modern.” So I had started paying attention to that kind of word usage, too, and this also made it difficult for me to relax.

Now, I can hear someone say, “You write historicals, Ruth. Since you do that, you have to be mindful of your language usage.” Yes, that would be true if I was writing to market. But now I’m not doing that anymore, which means I can write the story however I want. I don’t have to write with the critique group in the background yelling at me to change the way I just worded a sentence. Does this mean, I’m going to intentionally put something in like, “This dress is off the hook!” No. Of course not. Most people would probably think someone just took the dress down from a literal hook instead of taking the sentence to mean, “This dress is gorgeous!” I’m just going to say, “This dress is gorgeous!”

However, if there’s a gray zone that something falls into where “maybe it is, maybe it isn’t”, I’m going to put it in and continue on my merry way because I’ve found that stopping and rewording things has been hurting the flow of my writing, and this might be way some of my work “seems” different. So I’m warning everyone ahead of time that if the way I wrote back in 2009-2013 with books like Eye of the Beholder, A Bride for Tom, or The Earl’s Inconvenient Wife bother you, you probably don’t want to read my future books.

For me, simple is better

I have read historically authentic romances from Regencies to historical westerns, and some of them have taken more work than it was worth to figure out what the heck the author was saying. I get that a lot of readers love that kind of thing, but I don’t. When I read something, I want it stated in simple English so I know exactly what is going on, when, where, and how. I don’t want to pull out a dictionary or pause every other paragraph to follow what the characters are thinking or doing. Maybe that makes me unsophisticated, but I’m not trying to impress people with my knowledge of the time period or with sophisticated words. I just want to tell a story that delves into the beauty that exists within marriage. That’s all.

When I read a book, I don’t mind simple language and few historical details as long as I get a story that keeps me turning the page to find out what happens next. So basically, I’m going to write my books for people like me. And yes, I realize this is not everyone’s cup of tea. But hey, there are more books out there than there will ever be time to read, and a lot of them already have the authenticity in them that will make readers who prefer those things happy.

Also, I’m not going to worry about whether something a character does or doesn’t do will make someone happy. In the past, I used to give free my characters complete control, and while they still make the big decisions (like on how the plot unfolds), I have toned down their reaction to things if I thought it might upset someone reading it. This is especially true for the heroines. When they started to get a little to “strong”, I would stop and find a way for them to tone it down so they didn’t come off as too “you know what”.

The reason I did think is because it’s one of the things I got the most complaints about (besides my word usage). For example, Harriett Larson didn’t fall right into Stan Craftsman’s lap right away when he started being sweet to her in His Convenient Wife. Some people thought she was being unusually mean by not letting him into her heart sooner. But seriously, it was too soon for her to trust him, which is why I wrote that book the way I did. But since I’d gotten complaints about it, I started toning my heroines down so that they pretty much “fell in love” with the hero as soon as he was sweet to her.  Most of the time, I avoided any plots where the heroine would fight the hero at all.

Also, if a heroine wants to pursue a hero, I’ll let her. I also get complaints about Rose Larson because she wouldn’t leave Kent Ashton alone. Catching Kent is one of my most unpopular books. But given Kent’s background, he wasn’t going to make it easy on any woman to get through to him. Only a heroine who was strong and determined was going to break through his wall. Now, I thought the book was funny, but a lot of people found it irritating.

I’m not toning my heroines down anymore. In fact, Annabelle Larson (Richard and Amanda’s daughter) is going to be very strong, and she’s going to give the hero a rough time time because he’s going to force her to marry him, which won’t make her happy. And just because he’s a sweet guy, it doesn’t mean he’s going to get an automatic pass on robbing her of her decision on who to marry. She’s going to make him earn the happy ending. Looking back, I think part of what boxed me in was limiting plots like this and heroines like this. Restricting what a character can’t or can’t do makes it extremely hard to come up with something fresh and exciting. I realize it’s not fresh and exciting to some people, but it is to me, which is how I’m going to be able to avoid writing carbon copy romances.

I know the changes I’m making aren’t going to please everyone, but I felt it was important to warned you about what’s coming so that you don’t pick up one of my upcoming books and get disappointed. I realize some writers think that everyone on the planet will enjoy their work, but I know that’s not true. Certain people like to read certain things. I just want you to know what I’m going to do so that you can make an informed decision.

If you’re on my email list and wish to get off of it, the next time it comes into your inbox, scroll to the bottom and “unsubscribe”. After that, MailChimp should make sure you don’t get another email from me. If you are currently following this blog and don’t want to anymore, there’s an option on the top right side of this blog that says, “You are following this blog”. Click on the “manage” link, and you can unfollow it that way. If you want to de-freind me on Twitter or Facebook, that’s fine.

The bottom line is that I’d rather have you spend your time and money on books that you really want to read. Life is too short to read books that aren’t interesting to you. I have a husband and four boys (and those boys are now getting into their teens). So I understand that life is busy, and people need to be selective when choosing what books to read. I really do hope you find the books that are the perfect fit for what you’re looking for. 🙂