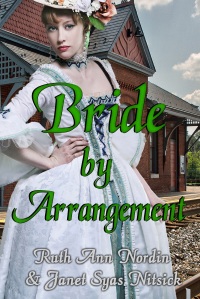 My novella “The Purchased Bride” which is going to be part of the anthology Janet Syas Nitsick are writing called Bride by Arrangement is with the publisher.  I’ll let you all know when it is available. 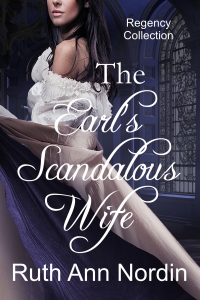 The Earl’s Scandalous Wife’s first draft is done.  It is currently with a beta reader who has an eye for additional scenes that would make a book better than it is.  So before I do any edits, I’m letting her read through it.  If she finds something I can add, I’ll include it.  Then I’ll go into the edits with my editing team.  I expect this book to be out next month some time.

Other Current Works In Progress

Boaz’s Wager is over halfway done.  If I can keep up the pace I’m at, I figure I will finish the first draft next month (maybe around mid-month) and have it released around the first of March.  I’m around chapter five for The Earl’s Secret Bargain.  I am tentatively scheduled to finish it in mid-March which puts me at a May release.   Marriage Can Kill is technically at 29,000 words (about halfway done), but I am slowly going through what I have so far and revising it.  This book is a romantic suspense, and since I have no idea how well it’ll be received, it’s low on the “must do” list.

Two books I have decided to replace Wagon Trail Bride and His Convenient Wife.  I’d love some help giving them titles.

One book is a Regency and will feature the best friend of the hero in The Earl’s Secret Bargain.  The basic plot is that the heroine is promised to another but the hero kidnaps her so he can marry her instead.  The heroine is glad when he does this.  The conflict is going to come from somewhere else, and I won’t know what it is until I’m writing it.

My ideas for the titles are below:

The Earl Stakes His Claim

2. A mail-order bride book set in the Black Hills area of South Dakota (which back then was the Dakota territory)

The main plot is a young woman (Sadie) takes on another woman’s (Hazel’s) identity to marry a man she’s never met.  Sadie is basically in a bad situation and, by chance, meets up with Hazel who is heading for Rapid City as a mail-order bride.  Hazel ends up dying (not sure how yet) and upon her death bed, tells Sadie to marry the man who’s waiting for her.  So it’s not like Sadie is a villain.  She does, however, have a past she never wants anyone to discover so she tells the man that she’s Hazel.  Something is going to come as a result of this lie, but until I write the book, I won’t know what it is.

My title ideas for this book are below:

Any thoughts on the titles?  I’d love to hear them.  🙂

Ruth Ann Nordin mainly writes historical western romances and Regencies. From time to time, she branches out to contemporaries romances and other genres (such as science fiction thrillers). For more information, please go to www.ruthannnordin.com or check out https://ruthannnordinauthorblog.wordpress.com.
View all posts by Ruth Ann Nordin →
This entry was posted in Boaz's Wager, Bride by Arrangement, Janet Syas Nitsick, Marriage Can Kill, The Earl's Scandalous Wife, The Earl's Secret Bargain. Bookmark the permalink.

8 Responses to I’d Love Some Input